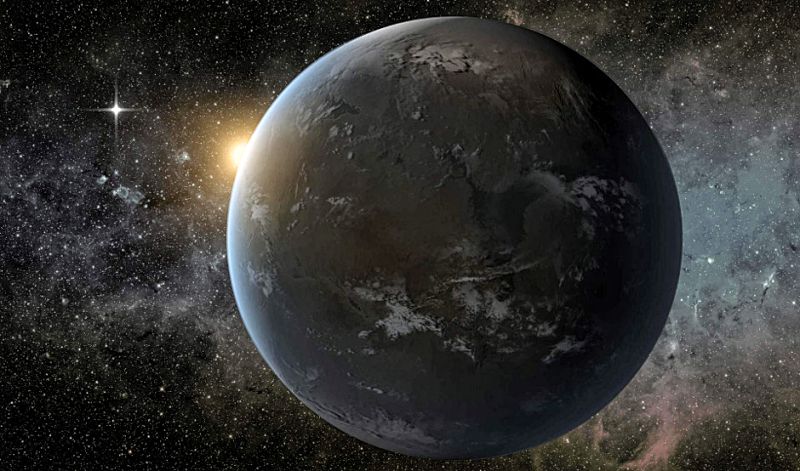 The Goldilocks region or the Circumstellar Habitable Zone (CHZ), is a region around a star where water can stay as a liquid and is the first prerequisite for the existence of Earth-like extraterrestrial life and intelligence.

The said planet that has a mass four times the mass of our Earth is one of three, which has been detected orbiting a red dwarf star called Wolf 1061c.

Lead study author Duncan Wright, from University of New South Wales in Australia, said that it is an exciting find since all the three planets have a mass which is small enough to be potentially rocky and have a solid surface.

One of the three planets sits bang in the Goldilocks region and there is a possibility of water existing in a liquid state – and maybe even life – to exist.

Wright added that it is exciting because in the endless vastness of space a potentially inhabitable planet so near at a distance of just 14 light years away. Some planets have been found that orbit stars which are closer than Wolf 1061, but they are not inhabitable.

The newly detected planets orbit a relatively cold and stable star every 5, 18 and 67 days. Out of three, the larger outer planet sits in the Goldilocks region while the other planets are too close to the star to be habitable.

The planets were discovered by the team using observations of Wolf 1061. Details of the dwarf star were collected by the High Accuracy Radial Velocity Planet Searcher (HARPS) spectrograph on the European Southern Observatory’s 3.6-meter telescope in Chile.