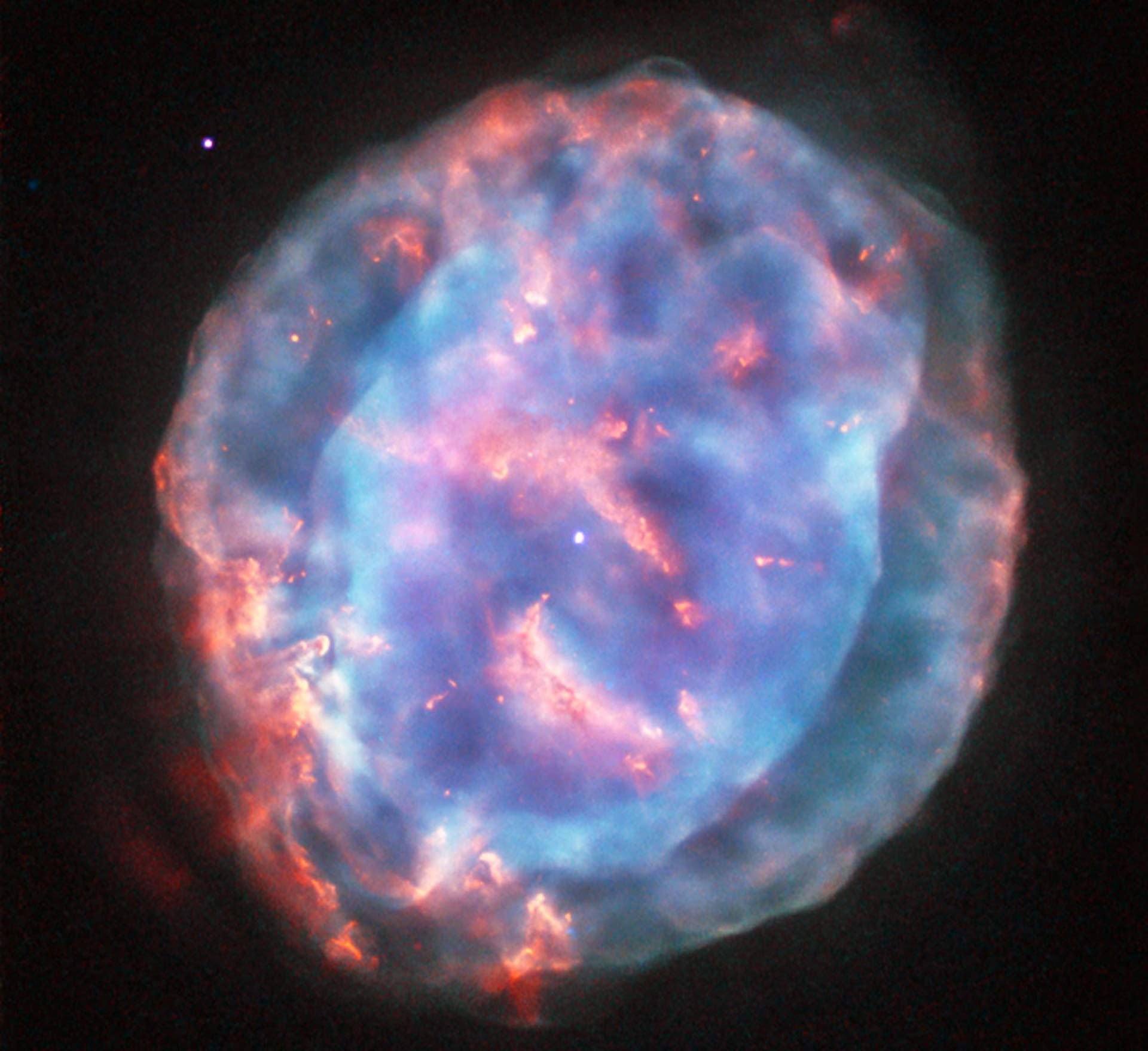 NASA’s Hubble Telescope has captured a spectacular image of a planetary nebula. The nebula looks like a dazzling and colorful cloud of dust and gas. It is located some 6,000 light years from Earth.

The Planetary Nebula has been christened as NGC 6818, also known as the Little Gem Nebula. It was first spotted as a colorful bubble situated within the constellation of Sagittarius, roughly 6,000 light-years away from our planet.

The Hubble image reveals that the Little Gem Nebula is composed of two concentric layers of the gas-an outer circular layer and a brighter vase shaped interior bubble. The luminous cloud is half a light year across –very large as compared to its tiny central star but still akin to a gem on a bigger cosmic scale.

Stars like our Sun at the end of their life shed their outer layers into space and produce huge plumes of glowing gas called planetary nebulae. The dying star spews these gases unevenly, and the planetary nebulae have complex shapes. NASA’s Hubble telescope accidently stumbled upon this colorful Gem Nebulae. The nebulae are composed mainly of dust, hydrogen, and other ionized gases.

NASA in a statement explained the structure of the NGC 6818 or the Little Gem Nebulae. It has a knotty filament like structure and distinct layers of materials –a bright and enclosed central bubble within a larger diffuse cloud. Researchers contend that the stellar wind from the central star ejects the outflowing gases and dust giving the NGC 6818 an elongated shape.

NASA explained that the fast stellar wind smashes through the slower moving cloud it produces bright blowouts in the bubble’s outer layers.

The nebula was first imaged by Hubble way back in 1997 using its Wide Field Planetary Camera 2. It featured filters that highlighted emission from ionized oxygen and hydrogen. This time Hubble is using a different set of filters, and it revealed a different view of the nebula.