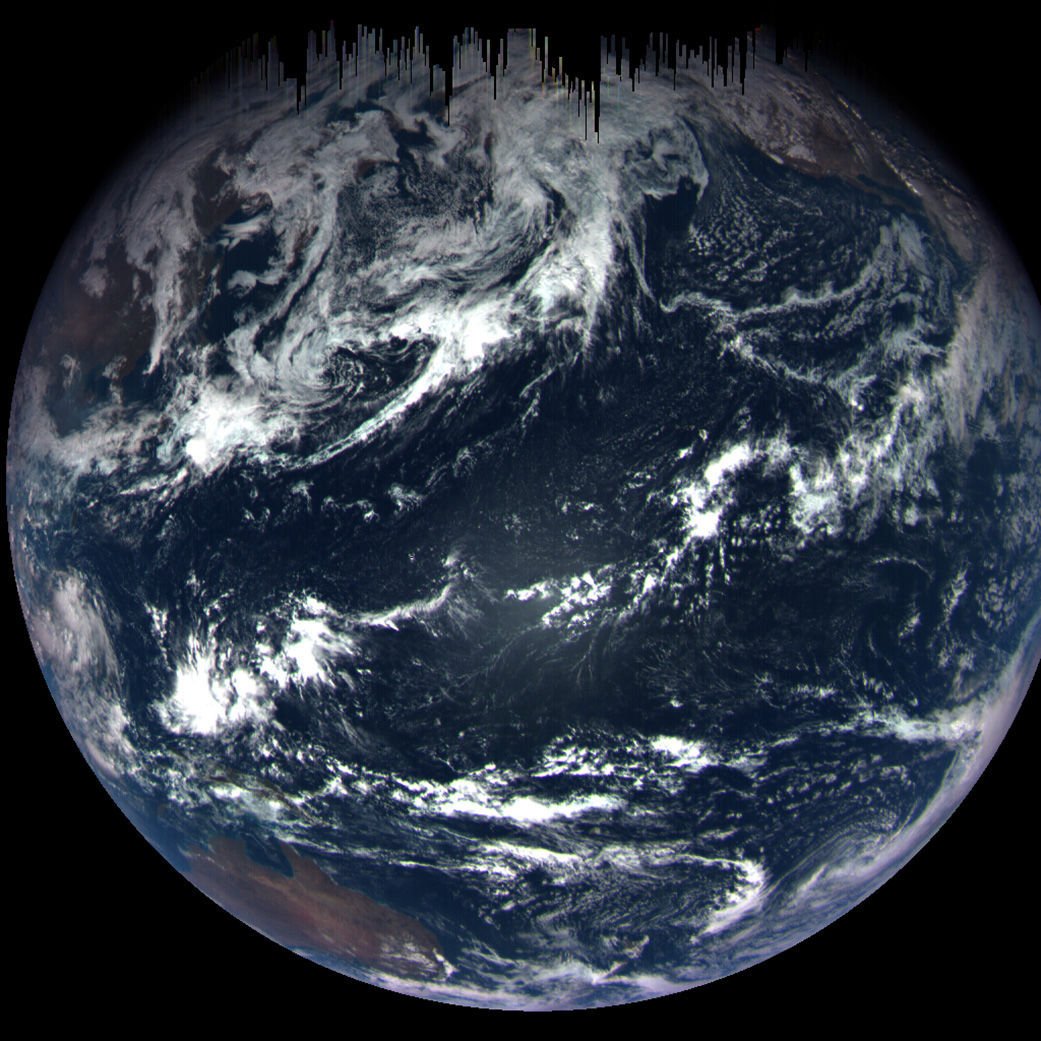 NASA’s visionary unmanned spacecraft OSIRIS-REx recently got a gravitational slingshot for its journey towards the Sun orbiting asteroid, Bennu. On September 22, the fuel-saving Earth gravity-assist maneuver was done to alter the trajectory of OSIRIS-REx and the gravity boost would make the spacecraft move towards Bennu’s orbital plane without any disruptions. After reaching Bennu, it will collect a sample from the asteroid and then return it to Earth.

But during its flyby, it took a color composite image of Earth with the help of its MapCam. The image was taken just hours after the spacecraft completed its Earth Gravity Assist at a distance of approximately 106,000 miles (170,000 kilometers) away from earth. MapCam is a part of the OSIRIS-REx Camera Suite (OCAMS) operated by the University of Arizona.

The snaps taken was part of the rehearsal process or exercise of the image capturing capability of the OSIRIS-REx’s MapCam before it finally reaches Bennu and starts its mission. According to Dante Lauretta, the planetary scientist and mission leader of the University of Arizona, the exercise was essential to calibrate the onboard instruments: snap photos and spectra of the Earth and Moon and to analyze the data as a full team hence, mimicking the process they would follow as they approach towards Bennu.

In the Earth’s image, the Pacific ocean and other familiar land masses including Australia in the lower left and also the Baja California and the southwestern United States in the upper right were visible. The dark vertical stripes(icicles) present at the top of the picture is due to the short exposure times. Scientists explained that the short exposure times are required for imaging Earth which is very bright, but it is not needed to capture images of asteroid Bennu as it is very dark. So, you will not see any icicles in the images of Bennu.

OSIRIS-REx performed well when it was pushed to the longest exposure time during its hunt for Earth’s trailing Trojan asteroids earlier this Spring. Lauretta said that the cameras were pushed beyond their operational limit through these long and short exposures. He added that their team’s main focus was not the image of Earth, but the accuracy of the data they would be able to collect through the image of Earth and they were happy that the spacecraft gave a complete picture of the data.