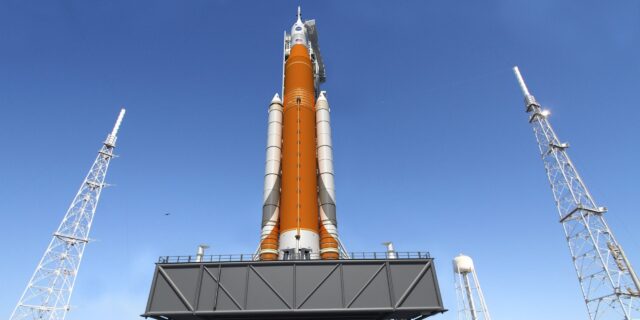 NASA is going to send dozens of small satellites including Skyfire developed by Lockheed Martin into deep space. NASA announced that the Space Launch System (SLS), its new rocket would carry 13 CubeSats along with an unmanned Orion Spacecraft when it takes off in 2018. Skyfire has already been selected for the trip, and the company is developing it so that it can perform a flyby of the moon and gather the details on its surface.

Other nanosatellites that would be a part of the Orion include the Near-Earth Asteroid Scout and Lunar IceCube. These two will be performing various actions such as identifying the deposits of ice, conducting asteroid reconnaissance and measuring the effect of radiation on living organisms during their long stay in the deep space.

NASA aims to test the manless Orion spacecraft so that in the future a crewed spaceship can be sent into the deep space.

The new Exploration Mission-1 will provide the CubeSats an opportunity to reach destinations way beyond the low-Earth orbit and the data thus collected will be helpful during travel to Mars in the future.

SkyFire is a shoebox-sized nanosatellite, which has been selected by NASA in May 2015 as a part of its Next Space Technologies for Exploration Partnerships program.

Lauren Duda, a spokesperson at the Lockheed Martin Space Systems, said that her company is proud to be associated with NASA and to help the space agency in its quest to bring advancements in the space exploration technology using the NextSTEP program.

She said that her company is working with NASA to check out which technologies in SkyFire can prove helpful in covering the strategic knowledge gaps of NASA, as it will help a great deal in the future to explore deep space.

The CubeSats are very small-sized and hence cheaper than the regular satellites that cost millions. That is why NASA has turned to small CubeSats manufacturing companies to keep the expenses to a minimum yet fulfill the ambition of deep space exploration.