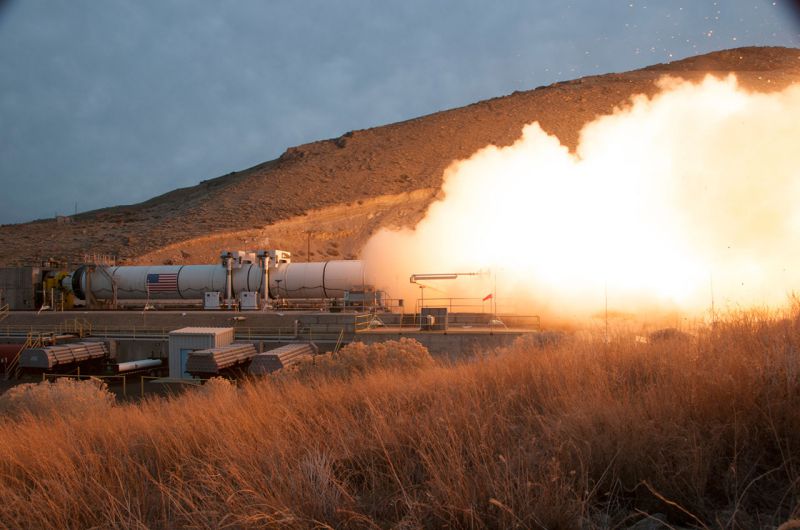 On Tuesday, National Aeronautics and Space Administration (NASA) is all set to test-fire the biggest rocket booster for the most powerful rocket Space Launch System (SLS). This mega rocket will take astronauts on the journey to Mars and into deep space missions.

At 7.05 p.m on Tuesday, the booster will be fired up at Orbital ATK Propulsion Systems test facilities in Promontory, Utah. Just like the first test that took place in March 2015, this time as well the booster will be ignited for two minutes. It will generate 3.6 million pounds of maximum thrust and for the people who will be watching live at Space.com, the fire and smoke released from the engine will make quite a show.

The booster has been designed by Orbital to give NASA’s SLS an extra boost at launch. It’s estimated that it will have more power than 14 four-engine Boeing 747s have at taking offs. Also, this would be the last time that the booster will be fired in a test environment. After today, the next booster will not be shot until 2018.

The SLS with NASA’s Orion spacecraft known as Exploration Mission-1 will launch uncrewed, and in its three-week mission will travel thousand of miles beyond the moon.

The SLS will carry 13 CubeSats that will fly deep space. It will not only show the intersection of science and technology but will also advance our ongoing journey to Mars.

SLS is also designed to launch Orion crew capsule, which is scheduled to fly astronauts for the first time around 2020.