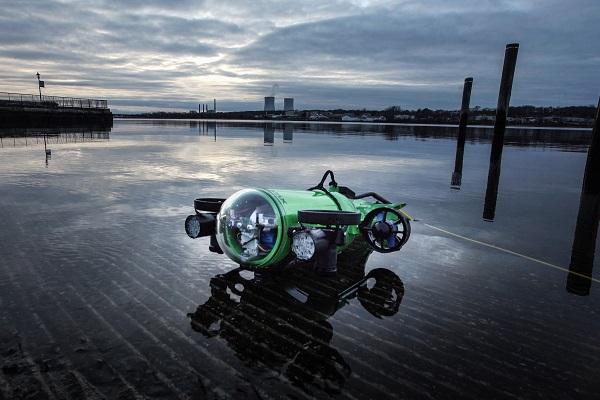 NASA, a well-known and reputed space agency, is always famous for its revolutionary space explorations and innovative discoveries in the space world. But it’s not all about space and orbits for NASA, as it feels that it has equal duties towards the exploration of the ocean world. Therefore, it has ordered UUV Aquabotix, a Sydney-based company of Australia, to manufacture an underwater drone.

When Aquabotix received the order from NASA‘s Jet Propulsion Lab, they considered it as a proud moment and were happy that their technological and technical capabilities in manufacturing unmanned underwater vehicles were recognized by one of the best space agencies in the world. The order came through the company’s US branch, Aquabotix Technology Corporation.

NASA is now concentrating deeply towards the exploration and mapping of the oceanic environment in multiple dimensions and that’s why it ordered Aquabotix for a remote-controlled robotic vehicle that can be deployed underwater.

The model selected by NASA is named as Endura 300, can travel up to a depth of 300 meters and its observations and readings are integrated and optimised with onboard sensors which can be successfully recorded on the ground. This mission is a part of NASA’s Ocean Worlds program, which focuses of ocean world study and identification of candidates for life for solar system projects.

Aquabotix has also informed that it is not taking NASA’s orders as a source of higher revenue generations it is already earning a great amount of revenue. Rather, they are concentrating on making the product a success and showing the world their technological capabilities.

Also, this will help Aquabotix in the further sharpening of their robotics technologies for application in products used for underwater missions. Some of their innovative products include underwater drones and networked underwater cameras targeted towards commercial or high-end consumers and also military applications. Aquabotix is considered as a leader in the development of these products and is constantly striving to be the best company as far as underwater equipment and gadgets are concerned.