NASA to make a stunning revelation on Jupiter’s Moon Europa 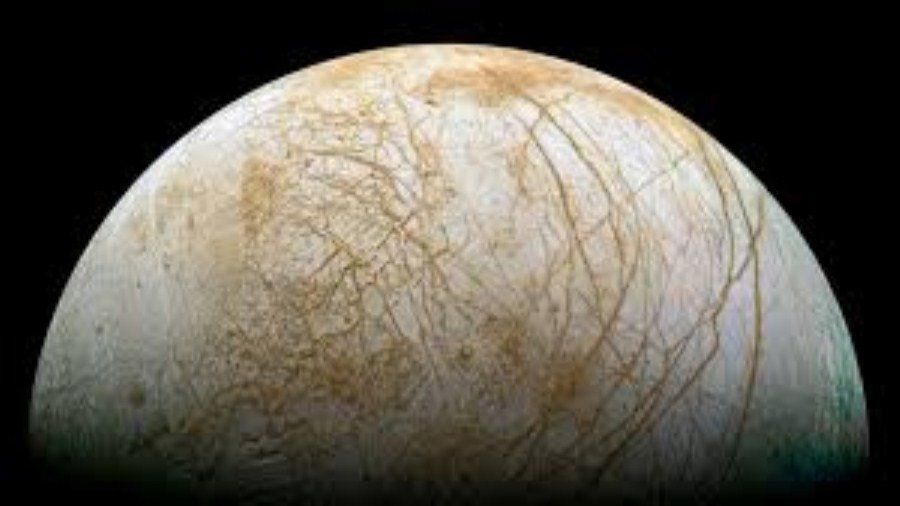 NASA scientists and astronomers will showcase results from a unique Europa observing campaign on September 27, 2016, 11.30 PM IST (2PM EDT). According to sources, this unique discovery may be related to the presence of a subsurface ocean on Europa.

The announcement of the Europa discovery will be made in the presence of Paul Hertz, NASA’s Director of astrophysics and William Sparks, an astronomer with the Space Telescope Science Institute in Baltimore.

Recently, NASA claimed that Jupiter’s moon Europa has a very strong evidence for an ocean of liquid water beneath its crust. This could host conditions favorable for the life of human being. They revealed that it would soon announce a surprise finding.

After circling for approximately five years to our solar system’s largest planet, NASA’s Juno spacecraft has posted the first visuals of Jupiter’s north pole and the auroras rippling across its southern pole. These images were captured during the spacecraft’s first flyby of the planet after activating the instruments infused on it.

On August 27, Juno successfully executed the first of 36 orbital flybys when the spacecraft hit the 4300 km above Jupiter’s swirling clouds. According to NASA, the images portray storm systems and weather activity like never before on any of our existing solar system’s gas giant planets.

First glimpse of Jupiter’s north pole, and it looks like nothing we have seen or imagined before

Commenting further on the development, Bolton added that it’s bluer in color up there than other parts of the planet, and there are a lot of storms. Moreover, all eight of Juno’s science instruments were energized and collecting data along with JunoCam capturing pictures during the flyby.

In the meantime, the Jovian Infrared Auroral Mapper (JIRAM) provided by the Italian Space Agency gathered few remarkable images of Jupiter at its north and south polar regions in infrared wavelengths.

Responding to media queries, Alberto Adriani, JIRAM co-investigator from Istituto di Astrofisica e Planetologia Spaziali, Rome disclosed that JIRAM is getting under Jupiter’s skin, giving us our first infrared close-ups of the planet.

Adriani said that these first infrared views of Jupiter’s north and south poles are revealing warm and hot spots. He revealed that scientists have never seen such a phenomenon before.

Even though we knew that the first-ever infrared views of Jupiter’s south pole could reveal the planet’s southern aurora, they were amazed to view it for the first time. To recall, the Juno spacecraft was launched on August 5, 2011, from Cape Canaveral, Florida and reached Jupiter on July 4, 2016.

In 2015, NASA announced that the space agency is planning to send a robotic spacecraft, which will be equipped with a wide range of scientific instruments to circle Europa in the 2020s.