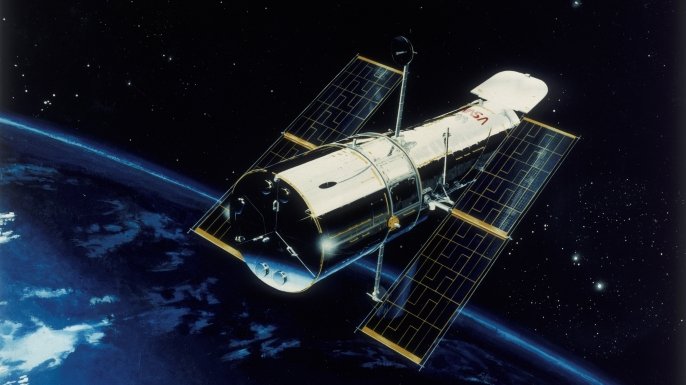 NASA’s Hubble Space telescope has detected a virtually stunning image of Lopsided Lynx. Named as NGC 2337, the new irregular shaped galaxy has been located 25 million light-years away in the constellation of Lynx. The researchers have named the galaxies as Pisces A and B. However, the galaxy lacks structure regularity, which is more or less similar to 25 percent of other irregular galaxies in our universe. Even though the Hubble Space Telescope captured the image of the galaxy, it is not a new discovery since it was initially spotted by the French astronomer Edouard Stephan in the year 1877. He is also the main brain behind the invention of the galactic group Stephan’s Quintet in the same year.

Commenting on the discovery, lead researcher Erik Tollerud, from the Space Telescope Science Institute in Baltimore disclosed that the Hubble images could be probably the snapshots of what present-day dwarf galaxies may have been like at earlier epochs.

There are reports that the two dwarf galaxies have been locked and trapped in the void for over 100-million years. However, they have not collided with each other, which is still a mystery. 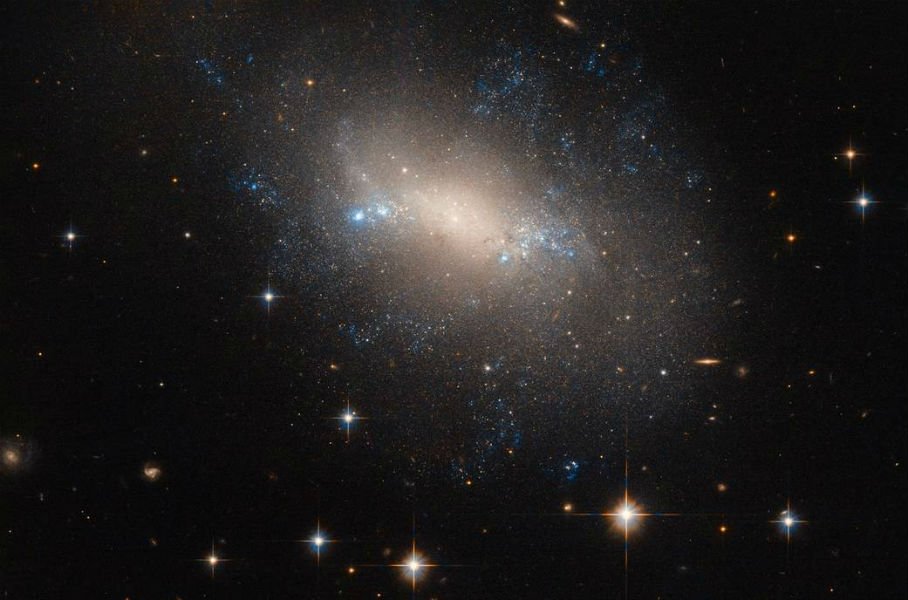 Vital hints for the astronomy

The presence of irregularly shaped galaxies provides vital information to astronomers. It will help them to develop a deep learning of the various steps which occurred during the evolution stage. As per various study reports, few irregular galaxies have landed into one of the regular classes of the Hubble sequence. However, they were wrapped and deformed by a cosmic companion, which passed through them.

According to NASA scientists, the disruption and gravitational interactions between galaxies can trigger star formation activity. However, the stars will be created within the affected galaxies, which will probably provide the details of the pockets of blue light being scattered throughout NGC 2337. The blue light surrounded with patches and knots signs the presence of young and newly formed hot stars.

Not attractive but useful for study purposes

Although the various forms of irregular galaxies are not as attractive when compared to similar symmetrical or elliptical galaxies, they are very useful for astronomers since they can make use of them for studying the various behavior of the galaxy. The researchers have expressed great interest in dissecting the various parameters provided by the galaxies.

According to a report published in SPACE, every second, every square meter of Earth is bombarded by about 10 billion photons that originated beyond the Milky Way. This was found after a new study that accurately measured the “extragalactic background light” (EBL) with unprecedented accuracy.

In the meantime, the research team under the leadership of Simon Driver analyzed data collected by a wide range of spacecraft, which includes NASA’s Galaxy Evolution Explorer, Wide-field Infrared Survey Explorer, Spitzer Space Telescope and Hubble Space Telescope including the European Space Agency’s Herschel Space Observatory. Driver works as an astrophysicist at the International Centre for Radio Astronomy Research in Australia.

Launched in 1990, the Hubble Space Telescope (HST) had traveled deep into the corners of the universe and is the largest telescope in the orbit. The telescope is a joint venture of NASA and ESA. However, the telescope will be replaced by the NASA’s James Webb Telescope which has thrice larger lens than HST.