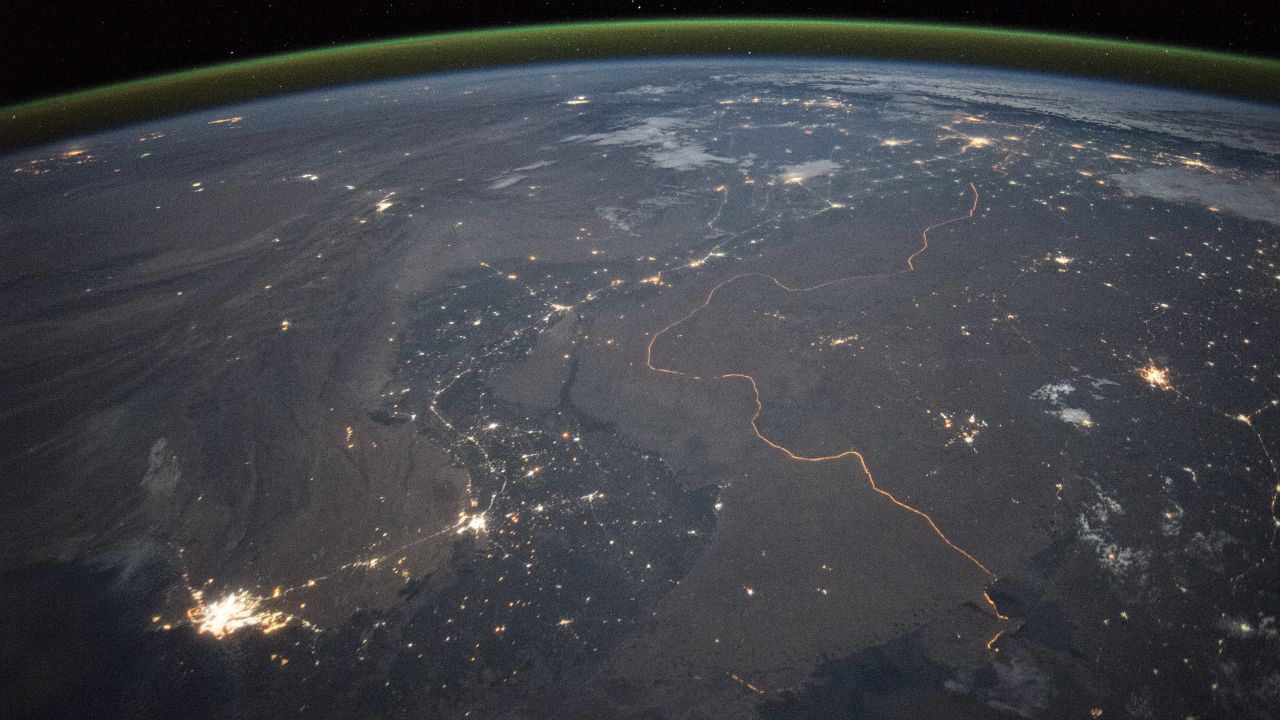 On September 23, 2015, an astronaut on the International Space Station (ISS) clicked the panorama photo of the India-Pakistan border at night using a Nikon D4 digital camera with a 28mm lens. The Indo-Pak border is among a few international borders that can be easily spotted from space.

Last month, NASA’s Earth Observatory released a night time picture of the international border between India and Pakistan. The port city of Karachi is the bright cluster of lights facing the Arabian Sea, which looks completely black.

With many dots and the large clusters of yellow, the border between the two nations can be viewed as a clear-cut brightly lit orange perimeter. This is because of the security lights along the length of the international border.

Almost 2,000 kms out of a total of 3,300 kms of the border is floodlit. This information has come from the Government of India that spends a huge amount of electricity and diesel for the lights.

The Radcliffe Line comes between the two nuclear-armed countries. It was established in 1947 when the two countries were formed. Both nations have several troops posted all along the border particularly in the Jammu and Kashmir region. There are also hundreds of kilometers of roads along the length of the border. 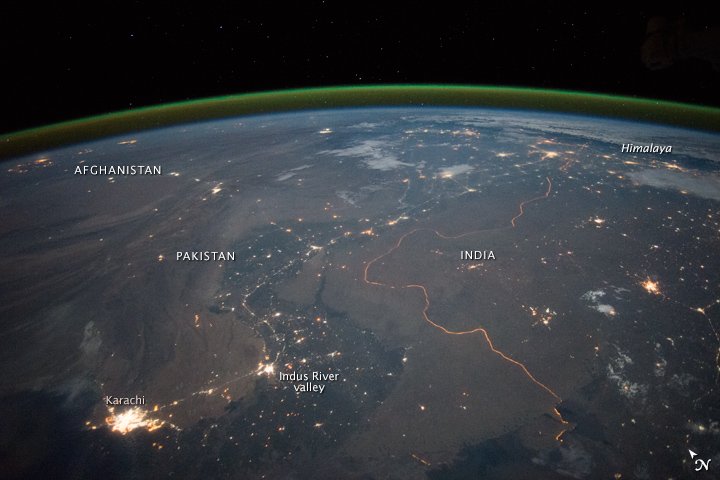 Blobs of yellow light on the Indo-Gangetic plain show many cities (big and small) located in North India as well as in northern Pakistan. The major highways can also be seen. Also seen are tall and partially covered with clouds and snow the Himalayan range.

The verdant vegetation of the Indus River Valley differs very much with the arid terrain surrounding it. Also the bright lights of Pakistan’s commercial hub Karachi can be seen.

The photograph was clicked by an Expedition 45 crew member. The photo has been cropped as well as enhanced for better contrast. The lens artifacts have been deleted. The ISS National Lab take photos of Earth to benefit scientists and the public. These images are freely disseminated on the Internet.

The photograph featured on NASA’s Facebook page and has obtained over 70,000 likes and shared over 15,000 times.