NASA continues its quest for Earth-like planets with the aid of its planet-hunting spacecraft, Kepler. Astronomers have recently discovered a planet much akin to Earth.

The said planet is 1.5 times larger than Earth. The planet takes 385 days to orbit its star that is just like our sun. The planet sits snugly within the ‘Goldilocks’ habitable zone where the temperature is temperate and suitable for the water to remain in liquid form.

The said planet’s size put it in between rocky like Earth and feathery gas ball like Neptune as per the studies of such planets. Jon Jenkins from NASA’s Ames Research Centre, which runs the Kepler project in an e-mail said that there is 50 to 62% possibility of the planet being rocky depending upon the size of its home star. It means that it has a mass that is five times that of Earth.

The planet could have a dense and cloudy atmosphere and active volcanoes. It could have a gravity that is twice that of the earth. The system has a star that is 1.5 billion years older than our sun and 20 % more luminous. The planet has been named as Kepler 452b. 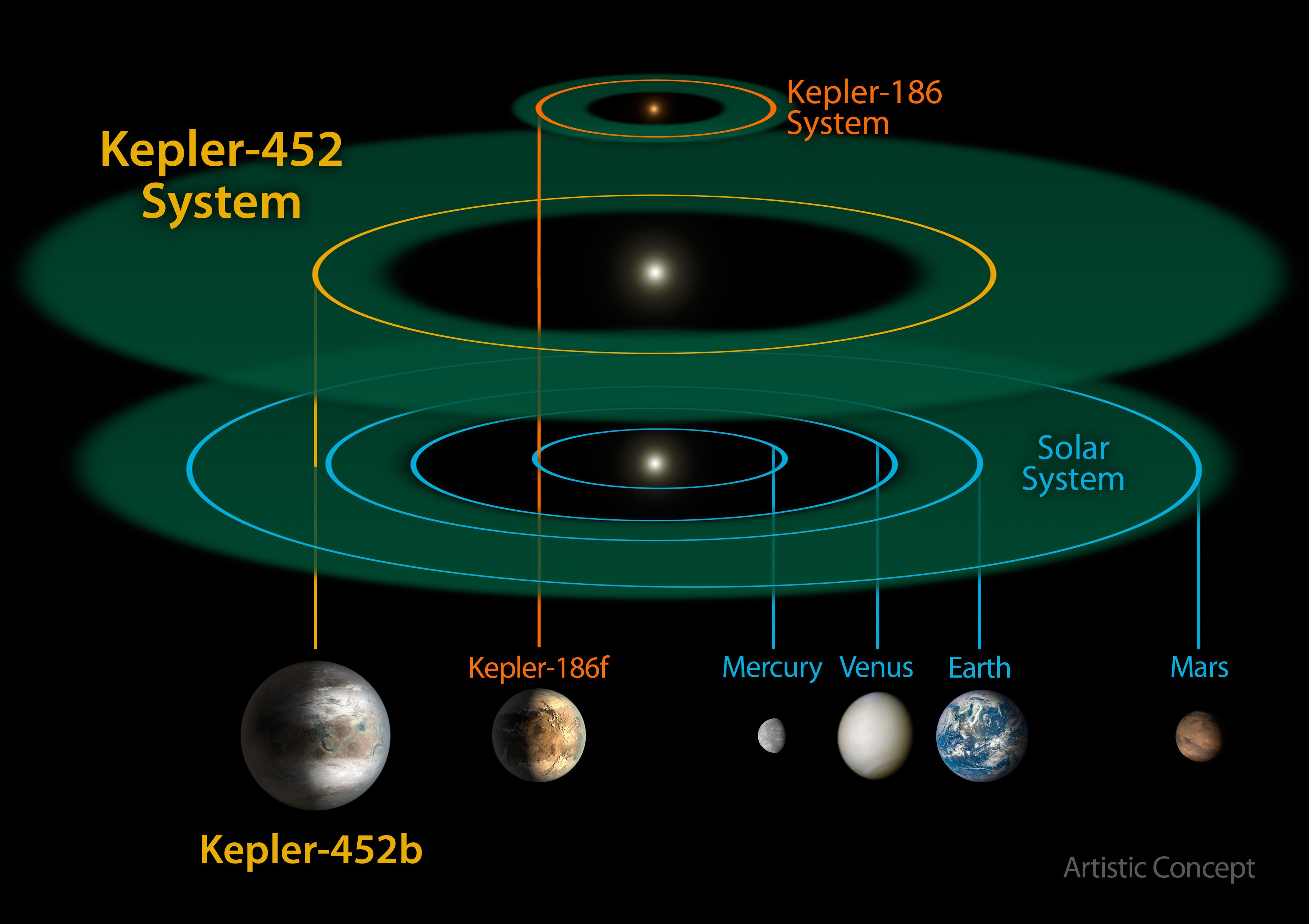 Jenkins said that Kepler 452b can be termed as an older and bigger cousin of Earth. By studying the planet we can learn more about Earth’s evolving environment, The planet has stayed for more than 6 billion years in the habitable zone of a star system, and it is longer than Earth. 6 billion years is a pretty long time for life to evolve if all the necessary ingredients for life to flourish on any planet.

To confirm if Kepler 452b indeed could harbor life scientists will have to measure the mass directly and for this to happen one must be close enough to observe the wobbling of its star as it is tugged by its gravity. It is however not feasible now since the star is very distant, 1,400 light-years away.