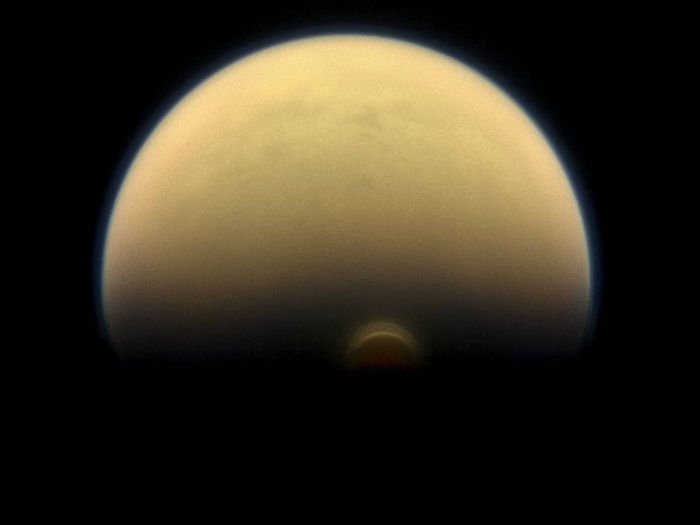 Interesting profiles are flowing through NASA’s Cassini Mission. In the latest case, the space agency has shared images of Titan that have never been captured before. The images show a covering of ice clouds engulfing the south pole of the moon at heights of about 300 kilometers above the surface.

Initially, NASA Cassini captured the beginning of ice clouds build up on the south pole of Titan in 2012. As it turns out, the initial images of clouds forming in the south of the moon was literally the tip of the iceberg. What NASA cameras have captured in the south regarding layers of ice clouds is unprecedented.

To some extent, the clouds on Titan are like the fogs on Earth, except that they tend to be flat at the top. They are also in layers that peak at about 200 kilometers. The layering is said to stem from the fact that different gases freeze at different temperatures.