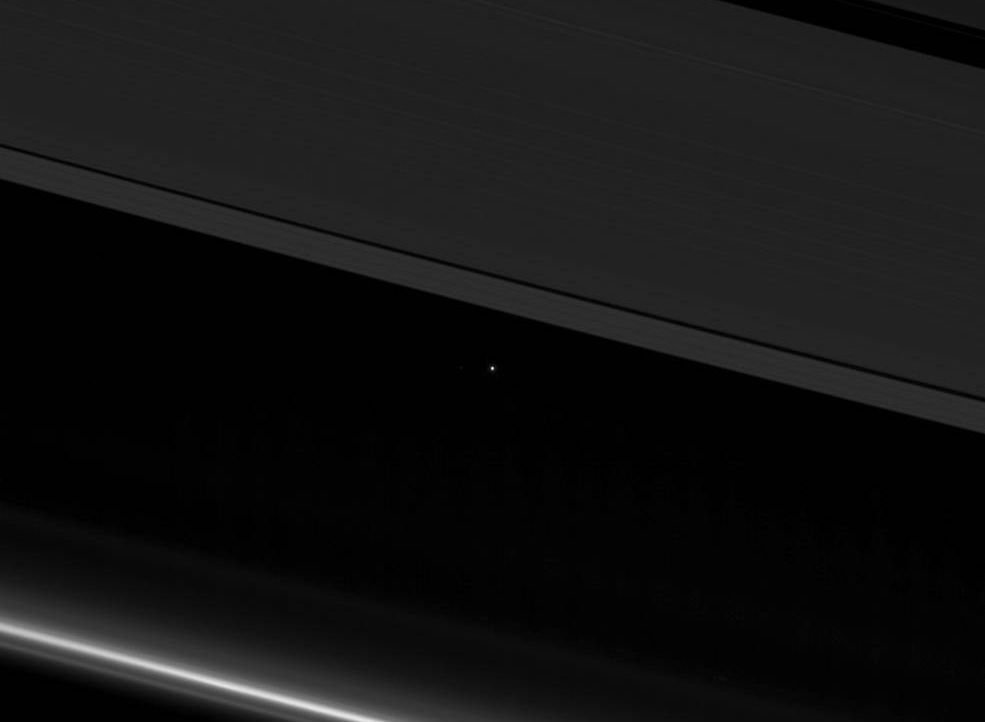 A new photo released by NASA shows planet earth as a tiny bright dot between Saturn icy rings. A zoomed-in version of the photo also shows Earth-Moon to the left of the planet. The agency’s Cassini spacecraft captured the images on April 12, at a distance of 1,400KM from planet earth. 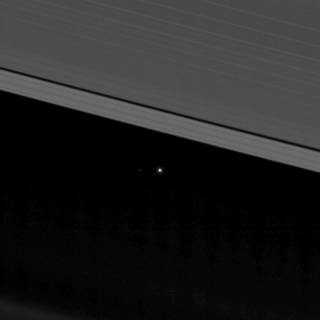 The part of the earth captured by the spacecraft was the Southern Atlantic Ocean providing a rare glimpse of how planet earth looks from outer space.

The release of the photos comes as Cassini nears the end of its mission having revolved Saturn for 13 years and provided scientists far more than they could ever imagine.

Cassini’s propellant tanks are running low on fuel and since refueling is not possible, the spacecraft will start a series of dives between Saturn and the rings. NASA wants to control the Craft’s final maneuver before fuel runs out in a bid of preventing it from going where it is not supposed.

The spacecraft final orbit is slated for 15 September after which scientists expect it to plunge into Saturn’s atmosphere and burn down completely.

However, NASA expects it to continue sending pictures and data back to earth prior to its total destruction. Such data should go a long way in furthering scientists understanding of how giant planets across the galaxy form and evolve.

‘Cassini is the quintessential “discovery machine”, unearthing surprises everywhere it has looked in the Saturn system. Cassini has done things and gone places it was not designed for, and come out a champion every time,” said Dr. Jonathan Lunine.

Some of the data that Cassini is poised to beam in its final days should help shed more light on the origins of Saturn’s rings. The craft should also beam pictures of the planet’s interior. NASA researchers remain confident of gaining access to samples of Saturn’s atmosphere as well as particles from its main rings.

Cassini major discovery to date is Liquid Ocean underneath Enceladus, which is already fuelling talk of alien life on Saturn.