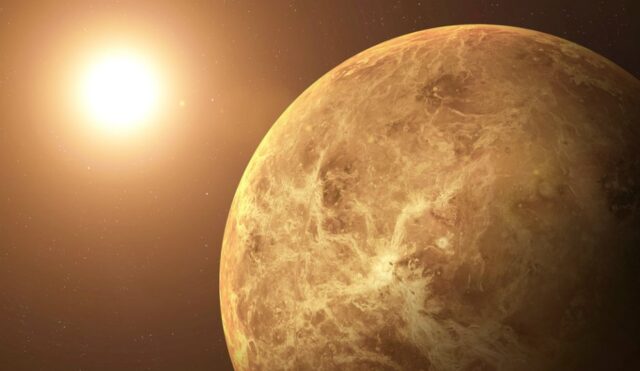 One planet that looks quite similar to Earth in both gravity and size is Venus. But the only thing that makes this planet totally uninhabitable unlike Earth is that there is no presence of water on the planet.

But recent finding has made scientists believe that the second planet from Sun was once home to bountiful Earth-like oceans. But now the planet is bone-dry, and it contains 1,00,000 times less water than Earth. But Venus did have water once as the planet contains atmospheric deuterium a form of hydrogen that can be found on the Earth ocean as well.

In a new study in the journal Geophysical Research Letters, it has been discovered that high electric winds may have stripped Venus of all its water. The strong electrical field may have been powerful enough to drive the Venus atmospheric water to space.

In an official statement, Glyn Collinson, co-author of the new study, said –

The electric field that people thought was one small cog in the big machine was giant enough to suck the water from Venus by all itself.

Earlier the researchers assumed that the reason behind the escape of oxygen was because of separation of hydrogen and oxygen that are building blocks of water. But according to the latest study, the oxygen might have escaped from the atmosphere because of Venus electric field. On Venus, because of the electric field being so strong, the heavier electrically charged oxygens were pushed out along with lighter hydrogen.

To study this new development, the researchers used an electron spectrometer installed in an instrument on the ESA Venus Express. When they started monitoring the flow of electrons out of the atmosphere of Venus, they noticed that electrons were escaping slower than earlier predicted. That is when researchers came to the conclusion that electric field of Venus must be so high to tug at the escaping electrons.

This latest development not only makes the scientist realize that Venus has such a strong electric wind, but it opens the door for hunting habitable planets orbiting around the stars.