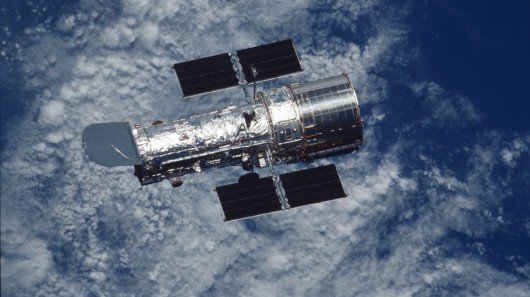 Washington – NASA is hoping to catch a glimpse of the elusive dark energy by using two former spy telescopes. The telescopes were acquired from National Reconnaissance Office (NRO). It is believed that dark energy is the most abundant substance in the universe, but so far it has eluded even the most complicated detection methods. The theory behind dark energy is that it is the main reason for the accelerated expansion of the universe.

The two telescopes were initially planned for the Future Imaginary Architecture program. The program had been aimed at developing a new generation of reconnaissance satellites for the US intelligence. The two telescopes are planned to be launched in 2024, for which NASA is expected to request additional budget in the coming years.

Paul Hertz, NASA’s chief astrophysicist said, “We have a goal of using these telescopes as is and we do not have to make modifications, but we do need to resurface the mirror. But the spacecraft and instruments would be designed to take advantage of its properties.”

However, NASA is not planning to send both the telescopes into orbit. The agency has clarified that just one of the instruments would be sent to space while the other would remain on the ground as an engineering test bed. Whether or not it would later be freed for other missions, is yet to be decided.

The scientists at NASA are still debating about the right altitude for the telescope’s orbit. Some are of the view that it should remain in an orbit closer to the earth, so as to send data quickly. Whereas, the remainder believe that it should be further away from the planet to cover a broader view. Currently, the Lagrange points (1.5 million Kms) and a Near Earth Orbit (few thousand miles) are the only possibilities under consideration.

The mission itself would not be able to observe dark energy, but it will be able to spot it by the effects it has on surrounding stellar and galactic objects. The search is focused on three factors.