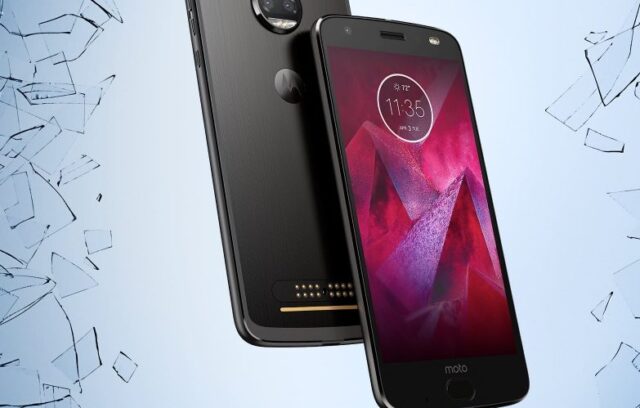 Motorola Z2 Force users are reporting the Jelly screen effect similar to what we have seen on the OnePlus 5 earlier. But this Jelly effect in Motorola Moto Z2 Force gets worse and shows distortion on screen in some cases. The issue was first faced by a user on XDA, Daniel Marchena, he recorded a video and slowed it down which shows the issue clearly.

The user said that the issue is noticeable when you focus on the word “Display” when he is scrolling through the Settings menu. He also mentions that if you look closely, then you’ll see that the display on Moto Z2 Force refreshes in opposite direction than Galaxy S8+. Which clearly means that the display panel is mounted in reverse direction just like what we have seen on OnePlus 5.

Daniel never used OnePlus 5 before and said that it can be noticed quickly while scrolling on app drawer, Twitter app or the settings menu. He noticed this issue just after five minutes after unboxing the smartphone and immediately recorded this issue using his HTC U11. He also compared the refresh direction to the display on Samsung Galaxy S8+.

Daniel Marchena also said that this issue was also experienced in some previous smartphones from Motorola only it got widespread coverage after the OnePlus 5. There is no statement from Motorola as this issue is just found by Daniel but we are expecting something from Lenovo soon in form of software update patch.