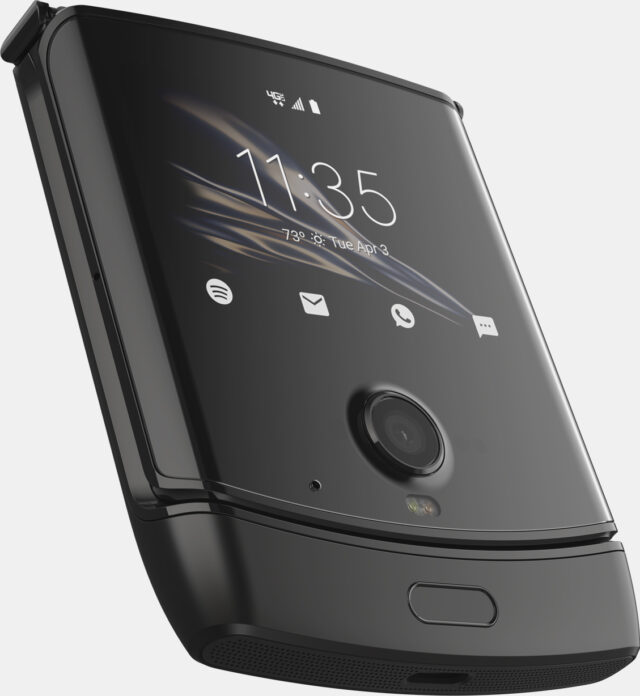 Motorola is said to be working on a successor to its new gen Razr foldable phone which likely will be named Razr 2. And from the leaks that we have on the device, it seems Motorola is aware of where they might have erred with the Razr and is keen to make amends this time.

That will include better specs of course along with hopefully a more affordable price tag as well. According to sources, the upcoming Razr 2 will be built around the Snapdragon 765 processor which comes with an integrated 5G modem.

That apart, the Razr 2 is also expected to come with 8 gigs of memory along with 256 GB of native storage. There is going to be a bigger battery too, it being 2,845 mAh that is being touted though that too seems quite puny going by today’s standards. The primary camera too will see an upgrade, it being the 48 mp Samsung ISOCELL Bright GM1 sensor that will be fitted on the rear of the foldable phone, with the selfie shooter getting bumped up to 20 mp.

As a refresher, the first gen Razr foldable phone was built around the SD 710 chipset. It came with 6 GB RAM and 128 GB of ROM and was powered by a 2510 mAh battery. The primary camera was all of 16 mp while a 5 mp cam served as the selfie shooter.

All of this does make the upcoming Razr 2 seem a more capable device compared to the present gen model though price is going to be one factor that can make or break its prospects. The first gen Razr went on sale for $1,499 which sure was a bit too costly given the specs it sported. Further, the Samsung Z Flip at $1,199 came out to be a lot cheaper in spite of it featuring flagship specs.

What remains to be seen though is whether the foldable screen technology on the Moto Razr 2 is going to be the same as on the Razr or Motorola has some surprises in store on that front.