Motorola one of the first smartphone maker to get on board Google’s Android One program has seen some ups and downs in the industry lately. Their past smartphones have struggled to gain popularity among buyers due to the slow software updates and rising costs. With their latest offering the One Power, Motorola is trying to get their mojo back.

The box design is simple and neat like what we have seen in the past with other Motorola products. There is the Moto One Power branding on top. As soon as you lift the top part, you are greeted with the smartphone. Underneath lie the documentation and the supplied accessories.

Motorola has gone with a different choice of materials with the Moto One Power when compared to their previous smartphones. The phone is bulky due to the massive battery and is to what we have seen with the Redmi Note 5 Pro and Zenfone Max Pro M1. There is a metal plate on the back while the sides are made out of plastic. As with most budget smartphones these days, the Moto One Power also comes with dual rear cameras which are stacked vertically on one side with the dual LED flash in the middle of both camera units. There is a circular fingerprint scanner with the Moto logo etched on it in the centre. 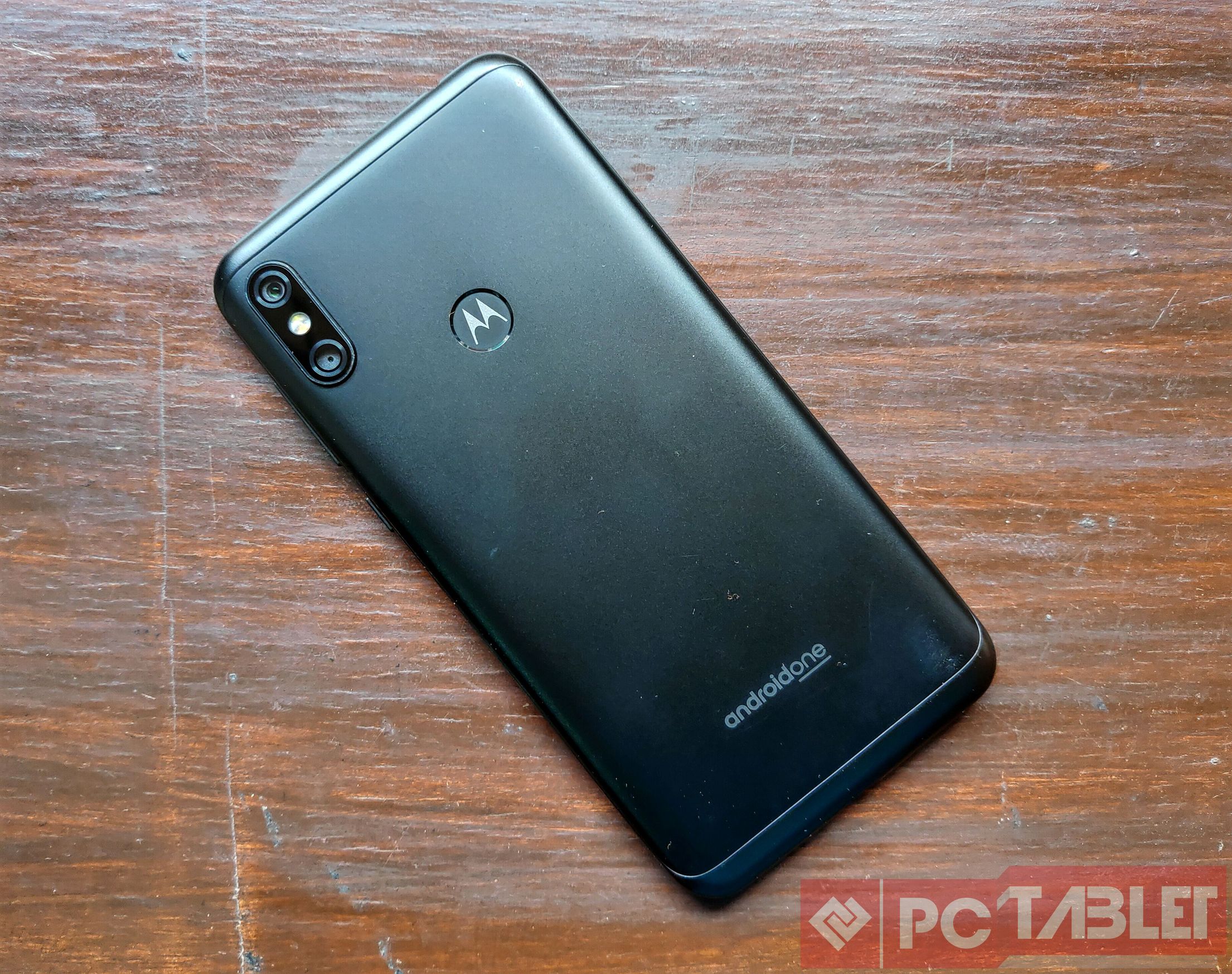 The front of the phone features a relatively large display, with a notch on top. The notch is slightly bigger when compared to other recently launched smartphones sporting one. The notch houses the front-facing camera, earpiece and sensors. While keeping the notch, Moto has tried to shave off the bezels and has succeeded up to some extent, but there is still a sizeable amount of chin, with the Motorola branding. 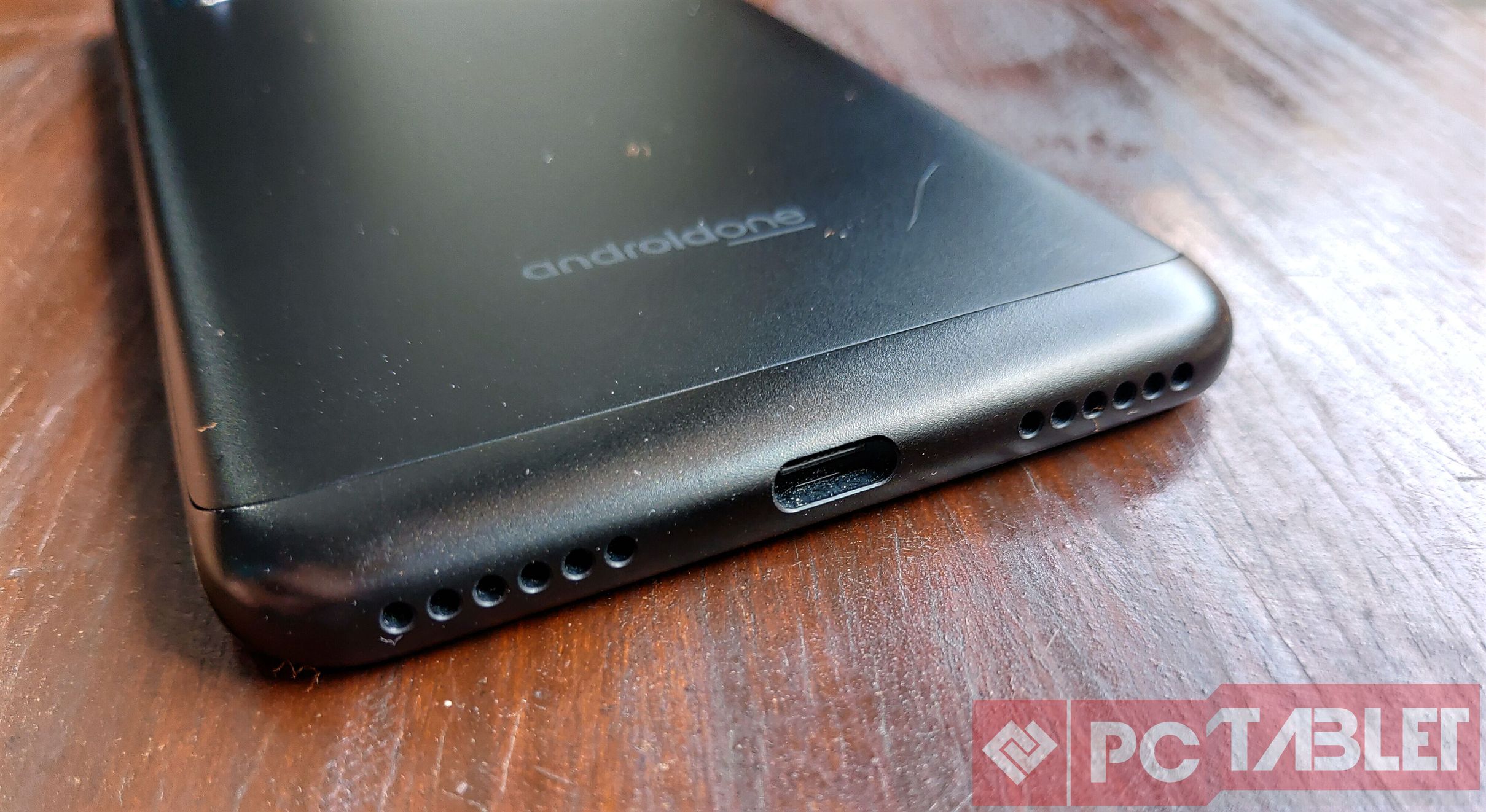 The volume and power button are on the right, while the triple slot tray is on the left. Motorola has moved the 3.5mm audio jack on the top, while the bottom houses the Type-C charging port and speaker grills on both sides.

Like most 2018 smartphones, the Moto One Power also comes with a notched display. The 6.2-inch IPS LCD display has an FHD+ resolution and Moto has trimmed away some of the bezels. The color tone of the display is on the cooler side. There is support for Widevine L1 so you can stream HD content from Netflix, Amazon Prime video and Hotstar. The display gets bright enough so there are no issues with outdoor legibility. 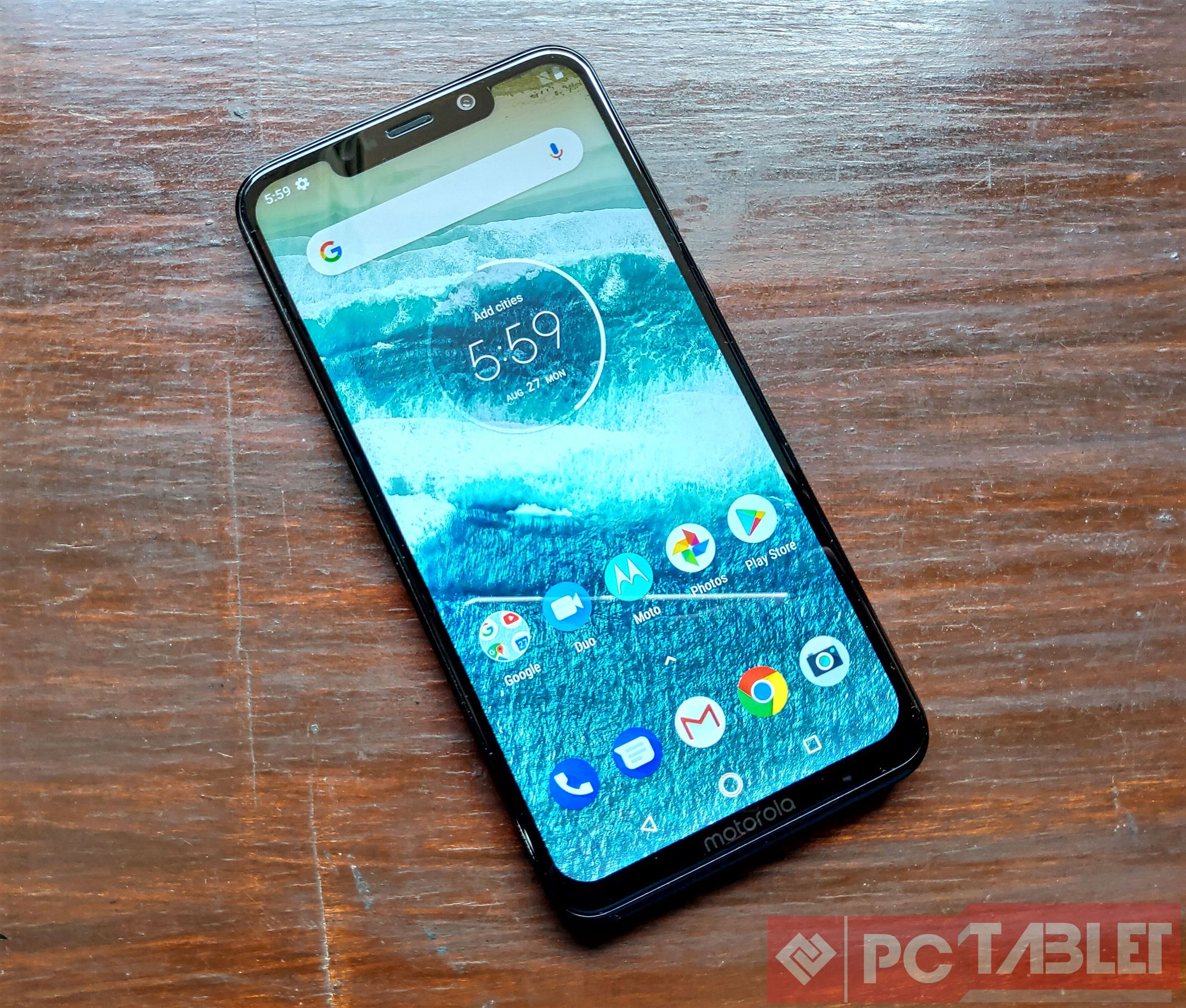 Overall, we are satisfied with the display on the Moto One Power, when looking at the price it is being offered.

Just like with the past Motorola smartphones, the Moto One Power also comes under the Android One program with stock Android Oreo 8.1 out of the box. Moto has promised to upgrade to Android Pie 9.0 by the end of this year. Android One devices also come with security updates support for 3 years. Moto, for the most part, has the stock Android UI and apps, but we can still some changes are done. Apart from the stock Google apps, Moto has added their custom gestures to the mix and changed the camera app. 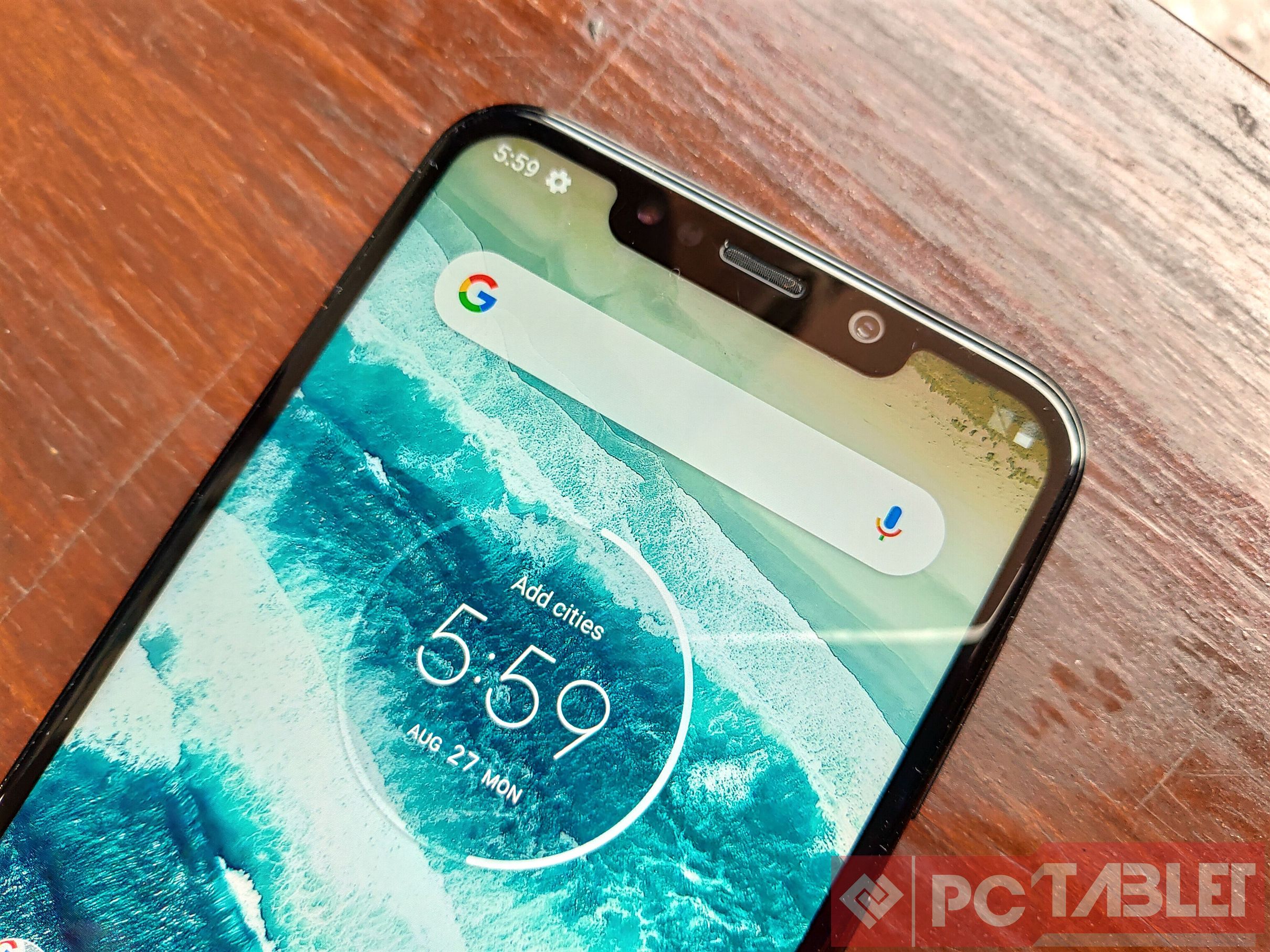 There are actions like Twist to launch the camera, chop to turn on the flashlight and the always-on display which surprisingly work very well. Moto has also gone ahead this time and added Dolby Audio lets you tweak the output from the loudspeaker and the headphones. It got all the bells and whistles but sadly doesn’t have a feature to hide the notch.

The Motorola One Power is powered by the Qualcomm Snapdragon 636 processor which we have seen in the past on the Redmi Note 5 Pro and Zenfone Max Pro M1. The chipset is more than capable of pushing the phone through the day to day tasks. The 4GB on this smartphone ensures smooth multitasking and app switching. 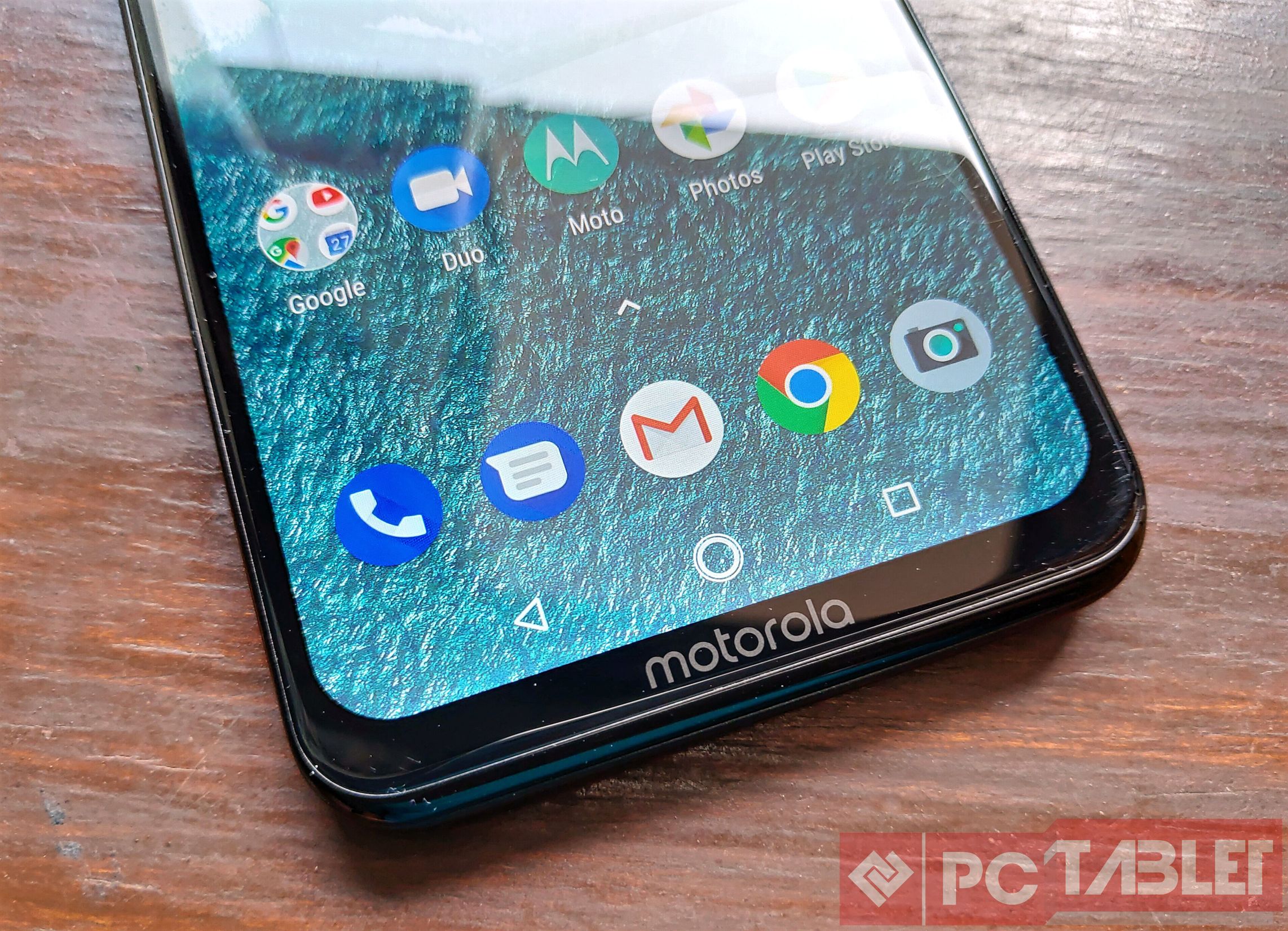 Game titles like Asphalt 8 and 9 are playable at low to medium settings with noticeable frame drops at times. Coming to the most popular title this year, PUBG, the game runs on the lowest settings by default and we wouldn’t recommend changing it, in order to get a smooth experience.

The Moto One Power just like many other smartphones in this price bracket comes equipped with dual cameras on the back. The main camera being a 16-megapixel sensor with PDAF and a 5-megapixel secondary depth sensor. On the front, it has a 12-megapixel selfie shooter with a f/2.0 aperture and a 1.25-micron pixel size. The camera has been developed by Motorola and comes with modes like Photo, Video, Portrait, and Expert to choose from.

Apart from these modes there, Google Lens has also been integrated into the camera app and lets you identify objects you are pointing at. Now daylight shots are decent and the phone is quick is finding the focus. There are some focusing issues when taking macro shots, that can be fixed in the upcoming software updates. When it comes to taking portrait shots, the phone has zero errors while separating the subject from the background. 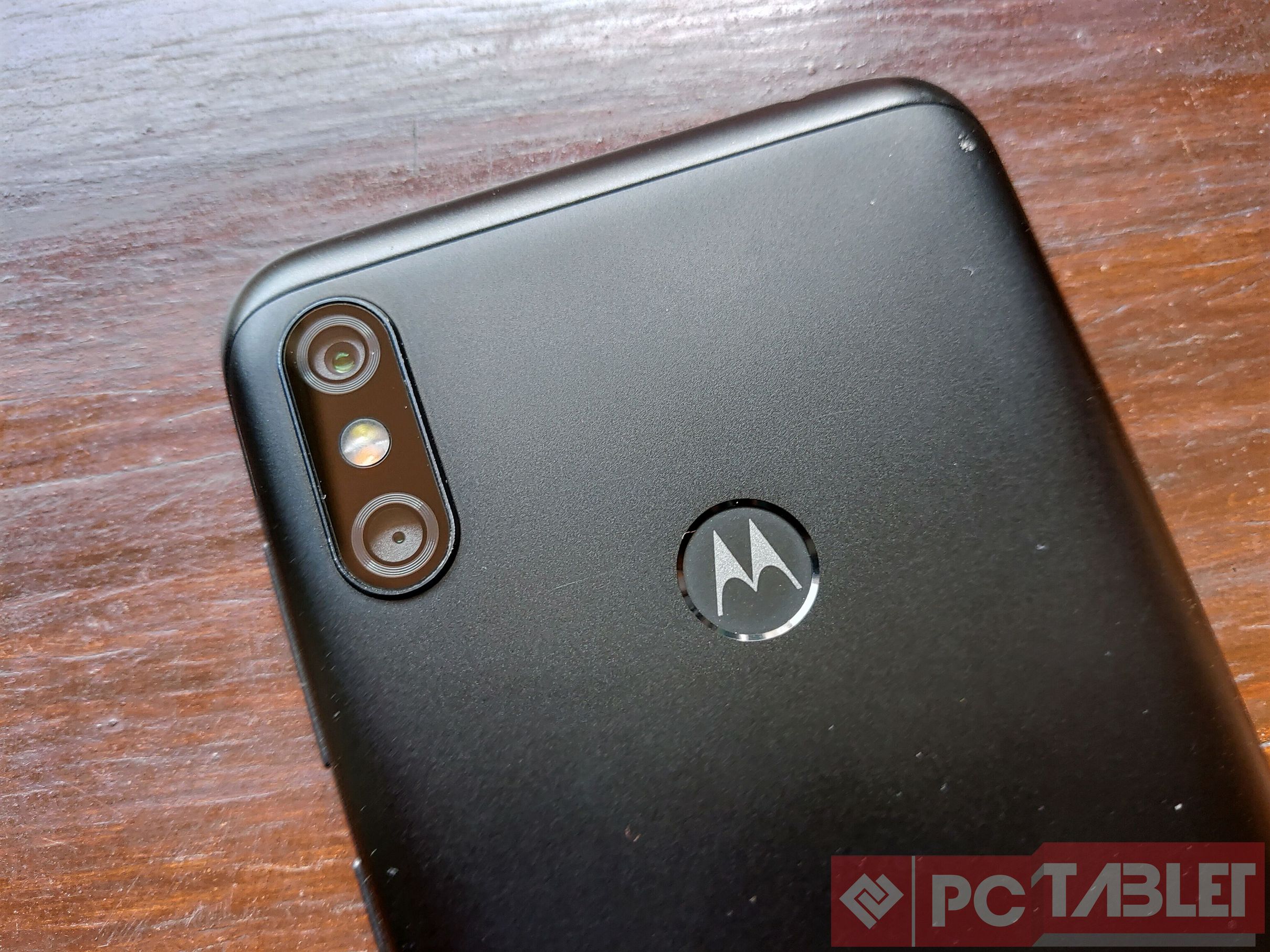 Lowlight shots are where the camera struggles. Like most other smartphones in the budget segment, the low light shots are soft and murky at times with noticeable noise. We saw the phone struggles to lock focus on the subjects at a number of times. Perhaps when taking low light you’re better off using the ported Google Camera app, which can be easily found on XDA forum.

The selfie camera takes good selfies and there is a beautification mode baked in as well which smoothens the image. Motorola has enabled portrait selfies as well which adds depth effect to the image while blurring the background. There is an option to set the amount of blur you need.

Motorola has packed the One Power with a massive 5,000 mAh battery which is more than enough to power the phone for 2 whole days with moderate usage. The battery allows for longer media consumption and gaming sessions. To top up the battery, Moto has added their proprietary Turbo Charging tech here and supplies the phone with the compatible charger as well. We were able to charge the battery fully using the Turbo Charger in under 3 hours which is decent when accounting the battery capacity.

The Motorola Moto One Power is aimed at consumer looking for a larger battery device with the promise of frequent Android updates under the Android One program. It helps that the phone has a decent display which is ideal for binge-watching your favourite movies and TV shows. However, the bigger battery comes at a price of a bulky and average design. The fairly older chipset doesn’t add a value either.

For people looking to get a more powerful smartphone can look towards the Realme 2 Pro or the Honor 8X, add Nokia 6.1 Plus to the mix as well.