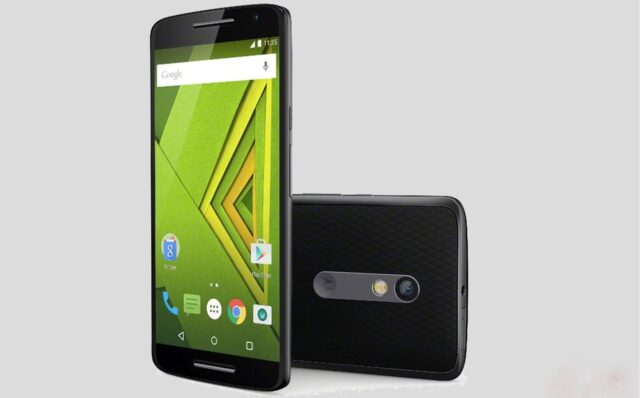 Telecommunication Company, Motorola unveiled its new and mid-range smartphone Moto X Play in a media event held at New Delhi. Motorola will be offering Moto X Play in two storage variants of 16GB and 32GB with the price tag of Rs. 18,499 and Rs. 19,999 respectively. Motorola’s Moto X play is made available exclusively on e-commerce giant Flipkart, with the sale starting from midnight today.

Moto X Play can be dubbed as smaller and cheaper variant of Motorola’s Moto X Style. The new Moto X Play sports a Full HD 5.5-inch display, which has 1920 x 1080 pixels screen resolution at 403 PPI. The screen of the handset is further protected by a Corning Gorilla Glass 3.

The handset is available in two different storage variants i.e. 16GB and 32GB, which are expandable up to 128 GB via a microSD card.

Motorola Moto X Play has a strong Li-Polymer battery comes with a 3,630mAh Li-Po battery, which offers usage of over 30 hours in a single charge. Motorola has also included a turbocharging feature that adds 8 hours of juice in a 15 minutes of charge.

Flipkart has also announced to give offers for new Moto X Play users that includes cashback of 100% for 100 lucky customers, gift voucher worth Rs. 1000, and BookMyShow vouchers worth Rs. 500. Motorola has also tied up with Make My Trip and offering vouchers of Rs. 5000 on hotel booking and cashback of Rs. 1000 on flight booking.