Home News Motorola Moto G4 and Moto G4 Plus to go on sale at... 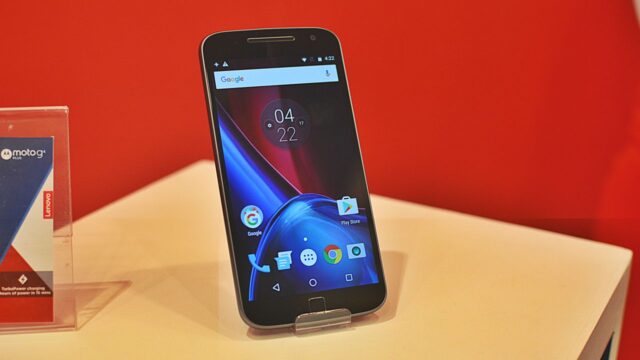 Lenovo-owned Motorola has launched Moto G4 and Moto G4 plus smartphone in India. The phone is up for pre-order and exclusively available on Amazon India starting midnight. Both the device have 5.5-inch (1920x1080p) full HD display along with Corning Gorilla Glass 3 for the protection.

The phones are powered by Octa- core Snapdragon 617 (4×1.5GHz + 4×41.2GHz) processor with Adreno 405. Moto G4 and Moto G4 Plus has 2GB of RAM with 16GB internal memory which can be expanded up to 128GB with a microSD card. Apart from this Moto G4 has an additional variant which has 3GB of RAM with an internal memory of 32GB.

Moto G4 and Moto G4 Plus phones are the successors of the Moto G (3 generation) launched last year. Both the device shipped with Google’s Android 6.0 Marshmallow software.

The smartphones are packed 3000mAh battery with Turbo Charging feature which offers 6 hours of usage with 15 minutes of charging. The devices are available in two colors i.e. black and white. The Moto G4 Plus priced at Rs 13,999 for 2GB RAM variant, and 3GB variant is priced at Rs 14,999. The price of MotoG4 is not yet revealed by the company.