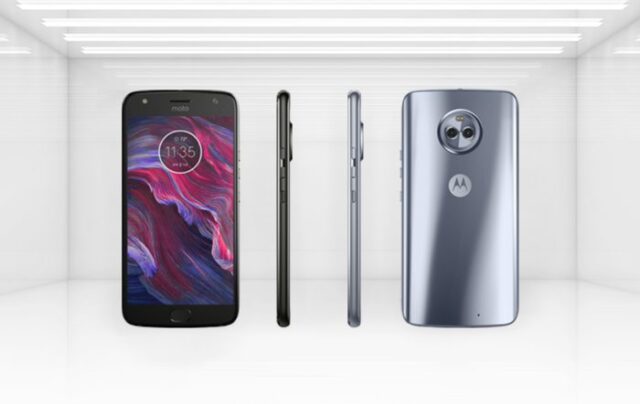 Motorola just as expected has launched the Moto X4 smartphone in India today. The device is powered by the Qualcomm Snapdragon 630 SoC coupled with 3/4GB RAM. The Moto X4 comes in Super Black and Sterling Blue colors and is priced at Rs. 20,999 for the base variant and the high-end model with 4GB RAM costs Rs. 22,999. It will be available exclusively from Flipkart starting  today midnight.

The Motorola Moto X4 sports a 5.2-inches Full HD (1920 x 1080 pixels) LTPS IPS display with Corning Gorilla Glass protection and is powered by 2.2GHz Qualcomm Snapdragon 630 chipset paired with an Adreno 508 GPU. The Moto X4 comes in a two RAM and ROM variants i:e 3GB/4GB with 32GB/64GB. The storage is expandable up to 2TB via microSD card. It runs on Android 7.1 Nougat right out of the box.

In the camera department, there is a 12-megapixel primary camera with Dual Autofocus Pixel sensor, PDAF, f/2.0 aperture, 1.4um pixel size and an 8-megapixel ultra-wide angle secondary camera with 120-degree field of view, f/2.2 aperture, 1.12um pixel size, dual-tone LED flash and a 16-megapixel Front-facing camera with LED flash, f/2.0 aperture, 1um pixel size. The device comes with IP68 rated for Water and dust resistance and it also has a Fingerprint sensor. Connectivity features include 4G VoLTE, WiFi 802.11 ac (2.4 GHz and 5 GHz), Bluetooth 5.0 LE, GPS, GLONASS, NFC, and USB Type-C. A 3000mAh battery with Turbo Charging is on board for all the battery needs.