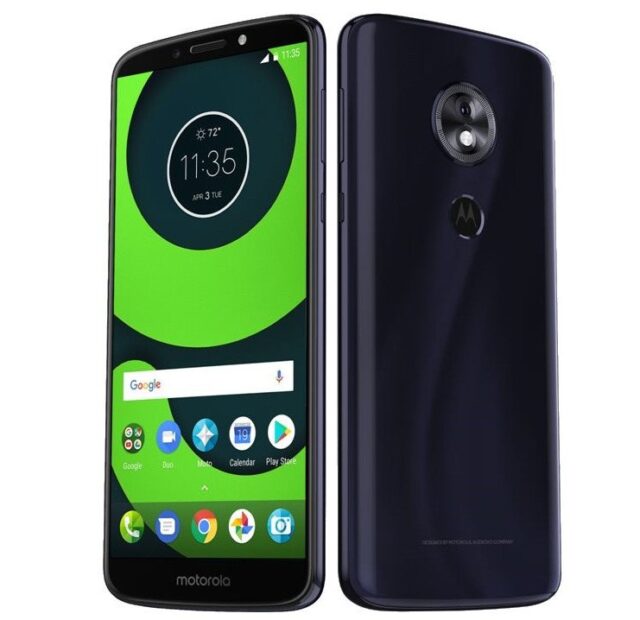 Motorola just launched the Moto G6 and G6 Play successors to the last year’s Moto G5 lineup in India. Both the smartphones were launched back in April in Brazil. The Moto G6 packs a 5.7-inch 18:9 aspect ratio Full HD+ display with 2.5D curved glass on the front and 3D Gorilla glass on the back. Moto G6 is powered by the Snapdragon 450 processor with up to 4GB of RAM. There’s a set of dual cameras on the back with the primary sensor being a 12MP sensor with f/1.8 aperture along with a secondary 5MP camera for portrait shots.

On the front you would find the fingerprint sensor which is placed on the bottom of the display, on top there’s a 16MP shooter with LED flash.

The Moto G6play packs a 5.7-inch HD+ Max Vision display and is powered by the Snapdragon 430 processor with up to 3GB RAM. Moto G6 Play has a 13-megapixel rear camera with LED flash and an 8-megapixel front-facing camera that also comes with LED flash.

The fingerprint sensor on the Moto G6 Play has been moved to the back. It also packs a 4000mAh battery that comes with 10W rapid charger.

Here are the specs for the Moto G6 Play

The Moto G6 comes in Indigo Black color in India and is priced at Rs. 13,999 for the 3GB RAM with 32GB storage version. It will be available exclusively on Amazon India starting today mid night as well as Moto Hub stores offline.

The Moto G6 Play comes in Indigo Black and Fine Gold colors and is priced at Rs. 11,999. The Moto G6 Play will be available exclusively from Flipkart as well as at the Moto Hub stores offline starting today midnight.