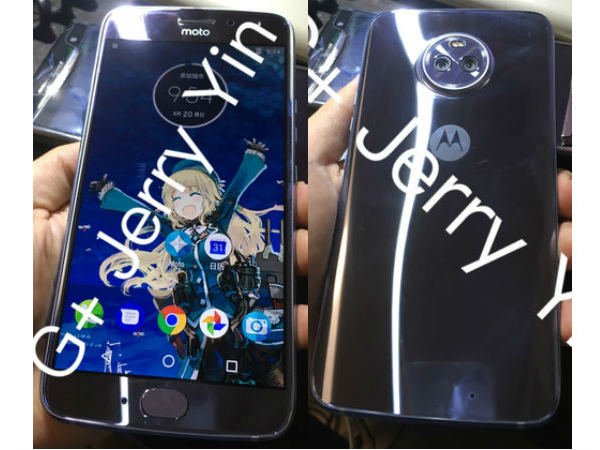 Lenovo owned Motorola is all set to unveil its next mid-range smartphone Moto X4  on August 24. As recently some leaked images of the smartphone have surfaced online. One of the leaked images displayed the front-end of the device which contains a 5.5 inches display, earpiece grill, a front-facing camera, and a home button with a fingerprint sensor.

Whereas the other image shows the back of the device which adheres the dual camera setup, a black glass cover, and a Moto logo just below the camera setup. The Moto X4 has created a greater level of curiosity among the tech community as the smartphone has been subjected to numerous rumors and leaks in recent time.

According to the latest rumors, the Moto X4 is expected to be featured with Qualcomm Snapdragon 630 chipset which will be coupled with 3GB RAM. The phone may sport a 32GB of internal storage which is further expandable via microSD card. The phone may come in two RAM and ROM variants i:e 3GB/32GB and 4GB/64GB. It is speculated that the higher variants will be launched in the Asian market.

On the camera front, the phone is likely to be packed with a rear dual camera setup which consists of a 12MP RGB sensor and an 8MP wide-angle lens camera. While on the front the device is expected to adhere a 16MP camera. There will be fingerprint sensor which will be embedded in Home button.

Moreover, this phone will come with dual-SIM capabilities and will run on Android 7.1.1 Nougat operating system. The smartphone will be fuelled by a 3000mAh Li-ion battery and come with a hefty price tag of $400 (INR 25,650). It is expected that the phone will initially launch in Latin America. However, there is still no reports regarding when the phone will hit the Asian market.