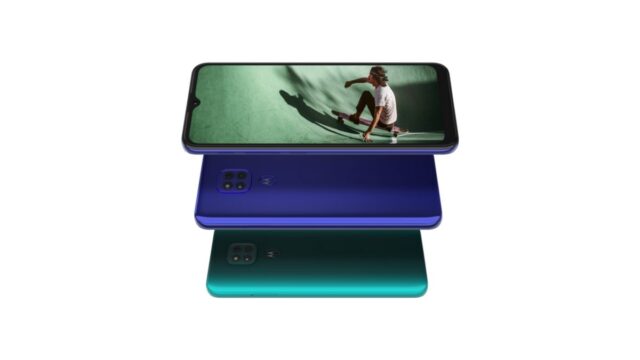 Motorola has launched its new Moto G9 smartphone in India, which, at Rs. 11,499 is designed to battle it out with other smartphones in the budget segment. The price applies to the single 4G RAM and 64 GB storage variant of the phone and is going to be available starting August 31, from 12:00 PM onwards on Flipkart.

The phone comes powered by the 11nm Snapdragon 662 SoC, which, coupled with the 4 GB of LPDDR4 RAM and 64 gigs of storage, promises excellent performance, enough for the competition to sit up and take notice. The on-board storage, meanwhile, can be further expanded to 512 GB via microSD cards.

The front is dominated by a 6.5-inch HD+ Max Vision TFT display having a 20:9 aspect ratio. The display comes with a waterdrop notch at the top while the bottom has a sizeable chin even though bezels along the sides are at a minimum.

The three camera lenses, along with the LED flash, is housed within a centrally placed square module, which somewhat resembles that of the Redmi Note 9 Pro. However, unlike the Xiaomi phone that has its fingerprint sensor included within the rear camera module, the same on the Moto G9 is in the form of the famed Moto batwing logo placed separately just south of the camera module.

Keeping things moving is a 5000 mAh battery that comes with a 20 W charger support. On the software side, the phone runs Android 10, which is almost identical to the stock Android version. Another unique aspect of the G9 is its water repellent design. Besides, the phone also features a 3.5mm headphone jack as well. Color options include Forrest Green and Sapphire Blue.