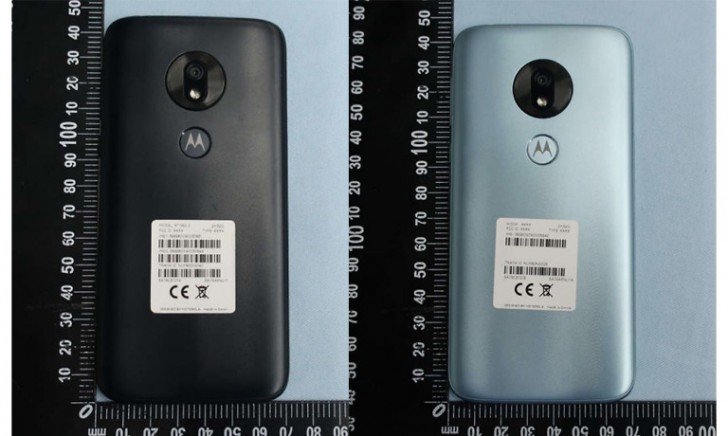 The Moto G7 Play will be the cheapest model in Motorola’s upcoming G7-lineup which is expected to land somewhere in early 2019. Previously, we have had leaks and reports of its siblings- Moto G7 and G7 Plus. Now, the G7 has been spotted on FCC in its full glory, along with images and specs, for the first time.

The Moto G7 Play bears the model number XT1952 and comes in black and silverish blue colour options. Looking at the images, it seems to have a wide notch on the front, (unlike the G7 which is reported to have water-drop notch) followed by a bottom chin. There’s also a single camera placed along with an LED flash at the rear.

Furthermore, the power button and volume rockers are set to the right while the left edge houses dual sim + memory card slot. The fingerprint scanner is embedded in the company’s batwing logo. Fortunately, the device retains the headphone jack and relies on USB type-C for charging.

Under the hood, the Moto G7 Play will get its power from the new Snapdragon 632 SoC, coupled with Adreno 506 GPU, making it a definitive upgrade from the G6 Play that came with 400-series processor. Backing the phone will be a relatively small 2,820mAh battery which might disappoint some, given the fact that its sibling had a 4000mAh unit.

The device will be unveiled within the first quarter of 2019. Other contenders like Moto G7, Moto G7 Plus, and Moto G7 Power will also be a part of the event. Stay tuned.