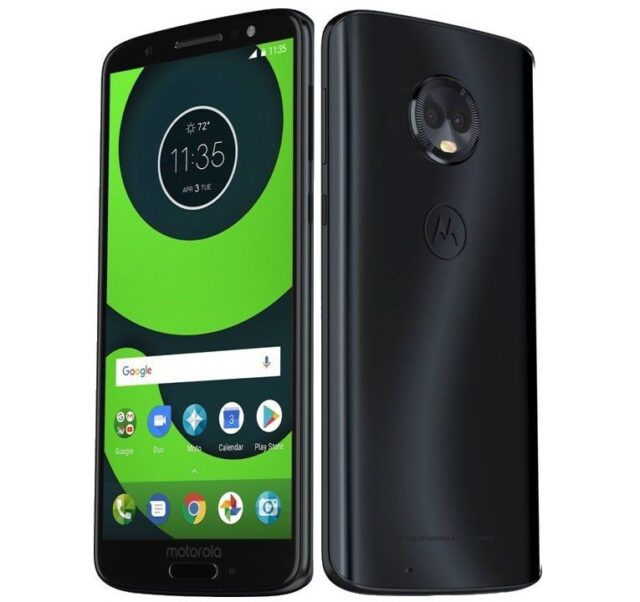 Motorola has confirmed it will launch the Moto G6 Plus in India on September 10, almost five months after it was first unveiled in April, GSMArena reported. The G6 Plus also happens to be the last of the G6 trio to be launched in the country, with its other brethren, the G6 and G6 Play already having launched back in June itself.

The G6 Plus is also the most premium of the trio offering more up-market specs and better camera capabilities. Among its stand out specifications include a Snapdragon 630 heart that works in conjugation with an Adreno 508 GPU and 4 GB of RAM. On-board storage amounts to 64 GB which is further expandable to 128 GB via microSD cards. Up front, it’s a 5.93-inch 1080 X 2160 pixel display having 18:9 aspect ratio.

A prominent feature of the G6 Plus is its dual rear camera setup. That comprises of a 12 megapixel and 5 megapixel sensor of f/1.7 and f/2.2 aperture respectively. The two sensors again are of 78-degree and 79-degree field of view respectively. For the selfie enthusiasts, there is the 8 megapixel front shooter having f/2.2 aperture and an 80 degree field of view. That is not all as the rear cam also gets the support of a dual tone and dual LED flash while the front cam too has a selfie flash of its own.

Another key aspect of the G6 Plus is that it runs stock Android 8.0 Oreo which in any case has always been the strong point with Moto handsets. The rest of the specifications include dual SIM 4G VoLTE support, Wi-Fi, Bluetooth, NFC, and USB Type-C. Then there also is the 3.5 mm headphone jack which has started to become a rarity in the high-end segment. Powering the device is a 3200 mAh battery which Motorola said is compliant with its TurboPower adapter. What that means in real life is 7 hours worth of usage from just 15 mins of charge.

However, no pricing info has been revealed so far though for a rough estimate, the phone has been launched in Europe for 300 Euros. That translates to roughly around INR 24,999. Expect the phone to be priced in its vicinity in India too.