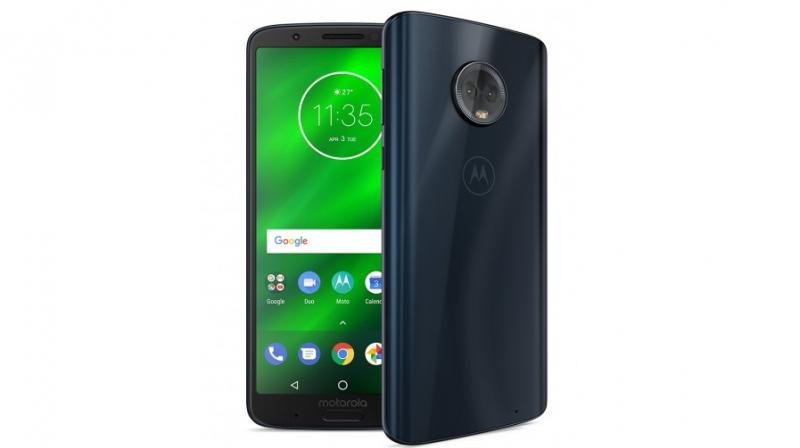 The Moto G6 Plus finally goes on sale in India starting at INR 22,499, almost five months later after it was first unveiled in April. The device will be available for purchase on Amazon.in as well as offline retailer across the country.

In terms of launch offers, consumers get a discount on IMR 3000 if they buy the Moto G6 Plus from Paytm Mall. Besides. Reliance Jio subscribers can avail benefits of up to INR 4450. Buyers of the Moto G6 Plus will need to get a recharge for INR198/INR 299 to get cashback worth INR 2000 that will be credited as Jio money.

Key specifications on the Moto G6 Plus include a 5.9-inch Full HD+ Max Vision display having an aspect ratio of 18:9. Under the hood, the handset runs Snapdragon 630 processor bundled with 6GB RAM and 64GB of built-in storage further expandable up to 128GB.

The handset runs Android 8.1 Oreo and packs a 3200mAh battery with TurboPower Charging support. The device is also slated to get upgraded to the latest Android 9 Pie update in the near future.

As far as cameras go, the Moto G6 Plus boats a 12MP+5MP dual rear camera setup with Google Lens support as well as a QR Code scanner. For selfies, the handset gets an 8MP front-facing shooter with f/2.2 aperture and Face Unlock.

The Moto G6 Plus will come in Gold and Indigo colour variants.