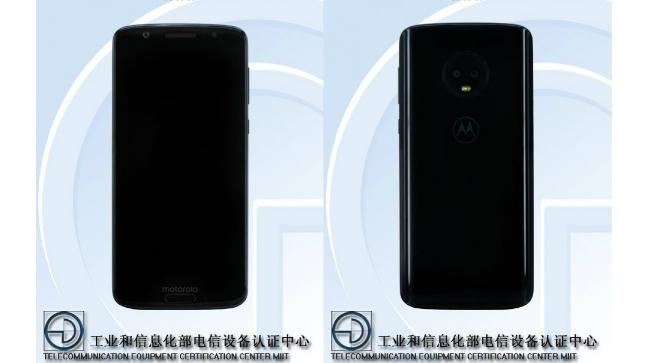 The Motorola G6 has been listed on the Chinese certification site TENAA, revealing a few more bits and pieces of the upcoming mid-range phone. However, while it isn’t clear which G6 sub-category the leaked device falls into, like G6 Plus or G6 Play, the specification known so far points to it being the standard G6 that has been subjected to the certification process.

As reported by Android Authority, among the device information that has been revealed include a 5.6-inch display which likely will have an 18:9 aspect ratio. Further, the front display will be slightly curved along the sides though not as pronounced as on the S9. Also, it is a 3,000mAh battery that would be powering the device.

The front will also be hosting the home button that will double up as the finger print reader as well. The highlight of the rear will be a dual camera setup lodged in a circular housing. The same has been the typical design language with Motorola handsets for a while now while the entire phone does look a lot like the 2017 Moto X4 as well.

As for reasons the above specification point to it being that of the G6 is that the G6 Play would have packed in a bigger battery while the G6 Plus would have meant a bigger display. However, with moderate specs on both that front, it perhaps is safe to assume the specifications listed at TENAA refer to the G6. In any case, we will know better in the coming weeks given that Motorola is expected to formally announce the handset in April itself.

Meanwhile, an earlier leak of Motorola’s phone plans for 2018 have revealed the G6 to pack in a 2,160 x 1,080 resolution display upfront. Further, it will be powered by a Snapdragon 450 processor coupled to either a 3 or 4 GB RAM. Also, a 12MP and 5MP camera will adorn the rear. For selfies, there will be another 16MP camera at the front.

However, so much for the much loved Motorola G6 line-up, here is some bad news for fans of the X5 series; for the handset might well be heading to the chopping block which comes on the back of layoffs done at the Chicago office of the company.