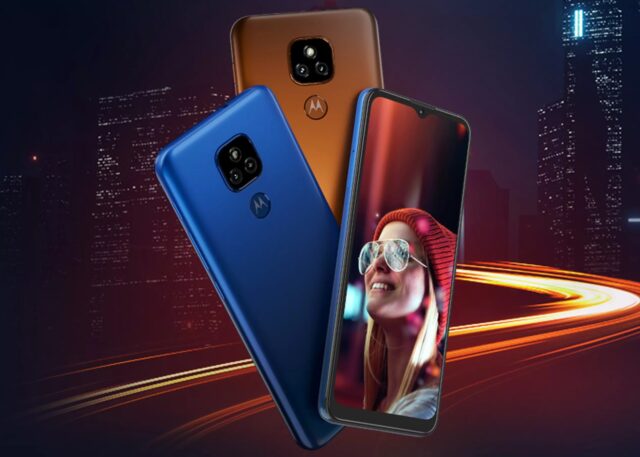 Motorola is readying a new budget smartphone offering in India – the Moto E7 Plus. The company confirmed the phone will be launching in India on September 23, 2020, at 12:00 PM exclusively via Flipkart.

Motorola isn’t letting out other details about the phone though there is nothing much that is unknown about the device either given that it has already been launched in Brazil. For instance, there is the 6.5-inch HD+ display on the front with a waterdrop notch at the top to accommodate the selfie cam. The display has a resolution of 1600 x 720 pixels and a 20:9 aspect ratio.

On the other side of the display lies a Snapdragon 460 processor that works in collaboration with a 4 GB RAM and 64 GB of native storage. The latter again is further expandable to 256 GB via microSD cards. Another highlight of the phone is its huge 5000 mAh battery but is backed by only a 10 W charger, which means remaining plugged in for a longer duration to get fully charged.

For the camera, there are two of them on the rear and comprise a 48 MP primary sensor of f/1.7 aperture and a 2 MP depth sensor of f/2.4 aperture. The front notch hosts an 8 MP selfies shooter of f/2.2 aperture. The rear also hosts the fingerprint sensor with the company’s famed bat logo inscribed on top, as it is with all Motorola phones.

Connectivity options with the phone include 4G, Bluetooth 5.0, Wi-Fi 802.11 b/g/n, and GPS. There are a micro USB port and a 3.5 mm headphone jack as well. Running the entire show is Android 10, which provides near stock level experience.