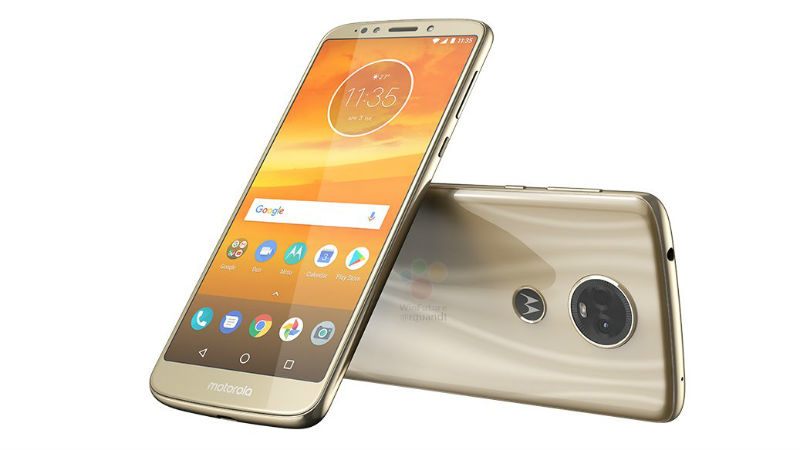 A couple of images of the upcoming Moto E5 and Moto E5 Plus have leaked online thanks to the efforts of serial leaker Roland Quandt from WinFuture. Unfortunately, there is no other information accompanying the images so that it is only the design aspect of the upcoming phones that has been revealed.

Among the things that is evident right away from the leaked images is the presence of a single camera at the rear for the Moto E5 while the more up-market E5 Plus is seen sporting a dual lens rear camera. A 3.5mm headphone jack is also common for both the variants.

A previous unconfirmed rumor had suggested a 16 megapixel and 8 megapixel camera combo for the E5 Plus. The two cameras will be of f/1.75 and f/2.0 aperture respectively. The rear camera is housed within a circular raised portion which has become almost a trademark Motorola design feature off late.

The familiar batwing logo is placed just underneath the camera. A gold color option is evident too, which likely will be a new addition to the usual white and black options. The usual power and volume rocker buttons on the right side is there to be seen as well.

The likely internal build-up of the two phone variants haven’t been hinted upon in the latest leak. That said, a recent visit to a benchmark site did reveal the likely specs for the E5 and E5 Plus. That includes a Snapdragon 430 chipset coupled to a 3 GB RAM. The phones will also be running Android 8.0 Oreo right out of the gates.

Earlier rumors had also suggested the E5 Plus to come with a 5.8-inch display having a resolution of 720 X 1440 pixels. The E5 will surely be the smaller of the two though there is no word yet as to what likely will be the size of its display.

A likely launch schedule of the new Moto E5 and E5 Plus is also anybody’s guess at the moment. However, given that the leak revealed handsets that seemed finished in all aspects is indicative of an imminent launch anytime soon.

Motorola meanwhile also has the Moto G6, G6 Plus and G6 Play lined up for launch this week itself. Keep watching for all the latest on this here.