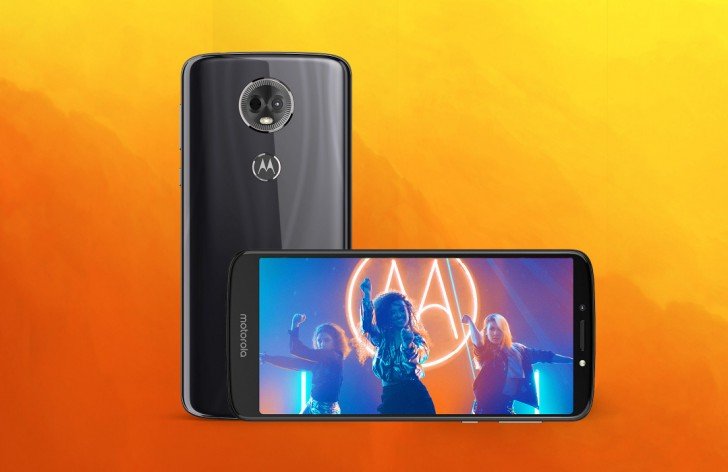 All three handsets share similar design aesthetics as the Moto G6 range. However, the fingerprint sensor has been repositioned on the back of these handsets, integrated within the Moto logo on the back.

In terms of specs, the Moto E5 features a 5.7-inch HD display having an aspect ratio of 18:9. The handset gets powered by Snapdragon 425 processor bundled with 2GB/3GB RAM and 16GB/32GB built-in storage. Besides, the smartphone gets a 13MP single-lens primary camera and a 5MP front-facing shooter with LED flash. Juicing up the handset is a 4000mAh battery with support for Rapid Charge. Not to mention, the device ships with Android 8.0 Oreo.

The Moto E5 Plus is the top-end offering of the series. The handset boasts a 6-inch display with a resolution of 1440×720 pixels. Under the hood, it runs Snapdragon 435 processor coupled with 3GB of RAM and 32GB of built-in storage. In terms of optics, the smartphone gets a single lens 12MP with laser auto-focus. For selfies, it comes with a 5MP front-facing shooter. The device runs Android 8.0 Oreo out-of-the-box and packs a 5000mAh battery with turbocharging support.

The Moto E5 Play is the entry-level handset of the series. Key specs on the device include a 5.2-inch HD display, Snapdragon 425/Snapdragon 427 processor, 2GB RAM, and 16GB of built-in storage. In the camera department, the Moto E5 Play comes with an 8MP single-lens primary camera with f/2.0 aperture, while selfie duties are handled by a 5MP front-facing shooter. Juicing up the handset is a 2800mAh battery.