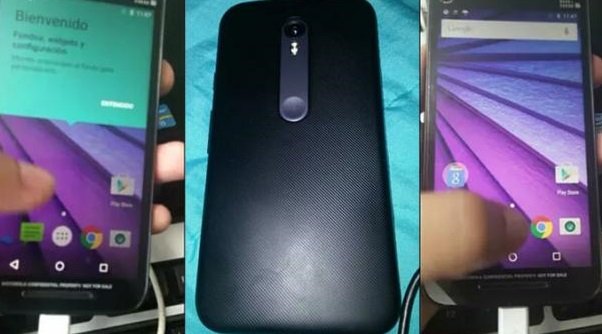 For more than a year, Motorola’s Moto G has wooed customers in the budget segment, and although the company is yet to declare another variant, the rumor mill is abuzz about the specifications of the 3rd Gen of Moto G.

Users on Google+, Neo Lee and Leonardo Fiaschi, have leaked images and specs of the 3rd Gen of Moto G, which hints at some possible big changes in the new model, including camera, battery and the processor.

The alleged 3rd gen Moto G is likely to have a better processor and camera, while also retaining some of the common elements of the 2nd Gen.

Reports suggested that the new 3rd gen will come with a 13 megapixel rear camera, as compared to the 8 megapixel shooter in the 2nd Gen.

Also, the 2 MP camera from the 2nd Gen will be replaced with a 5 MP front-facing camera in the third model.

The elements that may be in place for the 3rd Gen model include 8 GB of internal storage, 1 GB of RAM along with a 5-inch display with 720p resolution.

Rumors also hinted at Snapdragon 401 processor for the expected model with a 2,300 mAh battery.

Some time back, a listing on Flipkart indicated that the 3rd Generation of Moto G may come with 8 GB internal storage and in white color.

Back then, the RAM for the new variant was touted to be 2 GB with the feature of 4G LTE.

It remains to be seen how the new model finally turns out to be!