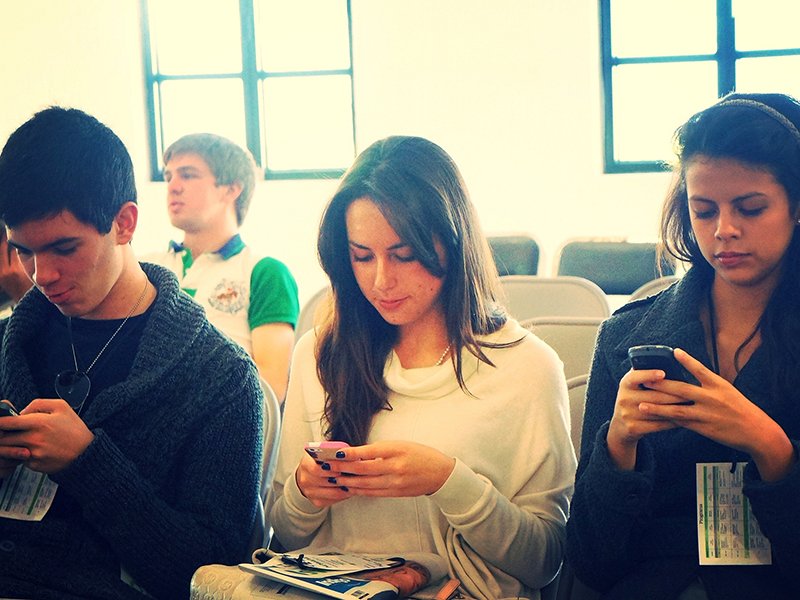 A Recent study has found out that excessive use of gadgets may cause presbyopia at an early stage. The eye disorder is caused due to loss of elasticity in the eye lens that occurs in the middle and old age.

As per doctor reports it’s been found that 65 percent of people in their early 30’s suffer from presbyopia or long sightedness. But what is alarming about this news is that this disorder occurred to people who are heavy users of tablets, phone, and laptops.

One other important point that has been pointed out by doctors is that earlier this disease use to occur to people who was around 40. But the loss of accommodating the power of the lens has started happening to younger people.

Excessive use of smartphones can harm children

Due to excessive use of the phone in our day to day life, the eye lens is getting harder and are losing its elasticity gradually. It will only get worse with time as one will tend to lose the ability to focus on an image that is nearby.

This issue was also raised by World Health Organisation when in 2005 it found out that over a billion people have presbyopia. If one looks at the period, it is quite clear that the number may have gone to an exceedingly high by 2015.

It is an age-related problem that occurs due to thickening and loss of flexibility of eye lens. This disorder in its early time was limited to people above the age of 40.

But what comes as a shock is that it is now commonly seen among individuals who are in their beginning 30’s. Recent surveys have shown that symptoms such as blurred vision, eyestrain or headaches may occur at regular intervals. These symptoms are common among youngsters who sit in front of electronic gadgets or use mobile for long.

The doctors have pointed out there is no way of escaping from this disease.

But the only precaution that can be taken is avoiding long hour use of gadgets. It may seem near to impossible currently, but that is the only solution that can put your eye under little less strain.

The age-related disease cannot also be escaped by people who have never had any eye related issues. The occurrence of this disease will take place at one stage of the life or another. One can also not prevent it through diet or exercise.

The only solution for this disease is to give your eye some rest in between. One also needs to see if they have the common symptoms and should opt for corrective glasses at the earliest.