Home News Milky Way is a different galaxy as compared to other galaxies, says... 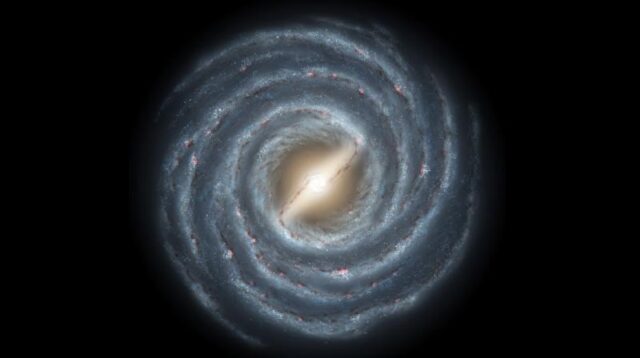 Milky Way, the galaxy in which our planet is present, may not be as typical as it was previously thought. In a recent study, scientists have revealed that considering the rest of the universe by our galaxy model and environment might be quite misleading. The Milky Way, which is the home to our solar system, contains dozens of smaller galaxy satellites and these small galaxies orbit or rotate around the Milky Way which helps us in knowing our galaxy in a better way.

Previous results collected from the Satellites around Galactic Analogs (SAGA) survey signified that the satellites of Milky Way are much calmer and tranquil when compared with other systems of similar luminosity and environment. Researchers discovered that many satellites of other so-called sibling galaxies are actively giving rise to new stars and their environment is not stable. But our Milky Way’s satellites are mainly inert and steady. This new research has given new thought to scientists because earlier they had the idea that most of the other galaxies and their satellites had properties similar to our own Milky Way.

Marla Geha from Yale University in the US said that they used the Milky Way and its surroundings to study almost everything related to Universe. Every year, hundreds of studies come out related to cosmology, dark matter, galaxy formation and star formation by keeping Milky Way as the guide. But now scientists expect that the Milky Way could be an outlier.

The SAGA survey started five years ago, with the purpose of studying and analyzing satellite galaxies present around 100 Milky Way siblings. Till date, the survey has fully studied around eight other Milky Way sibling systems, which is not enough to make a definitive conclusion. It is expected that SAGA will be able to study around 25 more Milky Way siblings in the next two years.

SAGA researcher Risa Wechsler, an astrophysicist at the Stanford University in the US, informed that their work had put the Milky Way into a broader perspective and the SAGA survey is going to provide a new and critical understanding of the formation of the galaxy along with the nature of dark matter.