Xbox Music is all-in-one music service. Millions of songs can be discovered, streamed and downloaded on to your tablet, PC, TV phone, and the Web for enjoyment. Now, in a bid to reach more consumers, Microsoft has made its Xbox Music streaming service available for free on the Web even to those who don’t use Windows 8.

Xbox Music on Web for free

Most buyers of the new Windows 8 operating system discovered Xbox Music because it’s the default player for music files that people have imported from elsewhere. Opening it up to the broader public would give more people a chance to see the benefits of having multiple devices linked to Microsoft’s platform. Its music service, for example, will save favorites and playlists across PCs, Windows Phones and Xbox game consoles, said Xbox Music general manager Jerry Johnson. 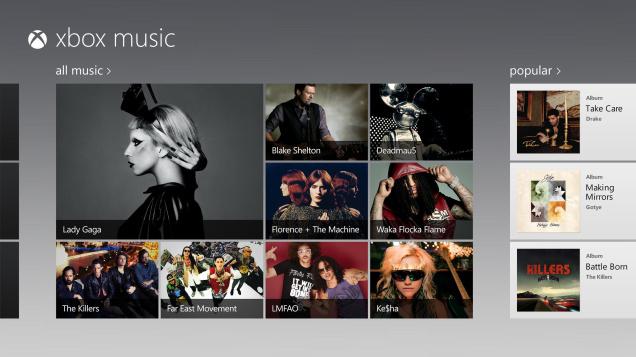 Certainly, expansion beyond Windows 8 devices and Xbox game consoles is intended to bring new customers into the software giant’s ecosystem of devices and services to help it compete with popular and widely used other music services such as Pandora, Spotify and iTunes.

Some believe, the move from Microsoft represents a new step toward the company’s goal of becoming a company that sells devices and services, rather than primarily software. Few days ago, Microsoft acquired Finnish mobile manufacturer Nokia Corp. for $7.2 billion.

Microsoft is also updating its Xbox Music interface with new feel and design.