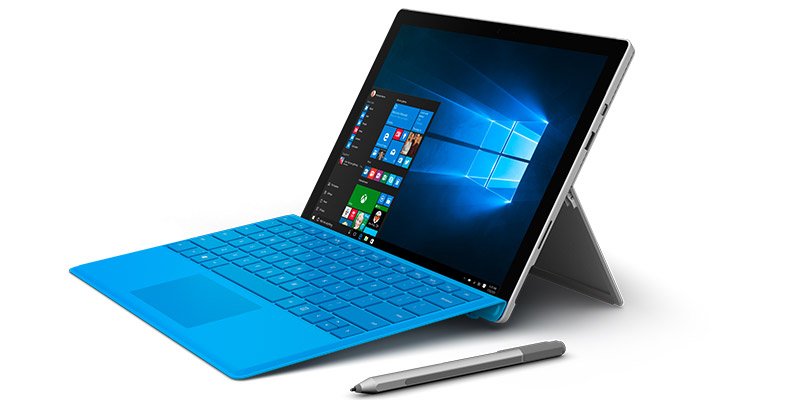 A Microsoft employee recently confirmed that the Surface Pro 5 is indeed in the works, posting a reference to the project on his LinkedIn profile. Now a leaked photo is making rounds on the web, alleged to be of the upcoming Surface Pro 5.

The photo discovered by Tero Alhohen, was apparently posted on a French version of Microsoft’s official website under the News section.

However, the device in the leaked photo looks exactly like last year’s model and appears to be a typing error. You can see for yourself in the picture below and compare both devices side by side.

It’s also worth noting that the leaked photo was posted in November 2016. So it’s rather unlikely that one of Microsoft’s employees posted the image online and the company didn’t notice if the device is indeed the Surface Pro 5.

Is the Surface Pro 5 really happening?

For now, nothing is officially confirmed, although sources do suggest that the Surface Pro 5 could arrive alongside the upcoming Windows 10 Creators Update, due in April.

The device is likely to get upgraded with the latest Intel Kaby Lake processors, more storage, more RAM, improved Surface Pen, and probably a 4K display. Also, Microsoft could make it slimmer and lighter along with a few design tweaks.

DigiTimes earlier reported that Microsoft plans to refresh its Surface Pro range next year with the launch of the Surface Pro 5 in Q1 2017, most likely along the next generation Surface Book laptop.

A report by DigiTimes also notes that the device could come with an ultra HD display along with a magnetic charging stylus. Also, that Pegatron will produce the device, and Microsoft could also cut a deal with Quanta Computer to increase production.

However, as with every rumor, nothing is official yet. But we expect more information to emerge in the near future as we get close to the rumored release date, sometime in April.