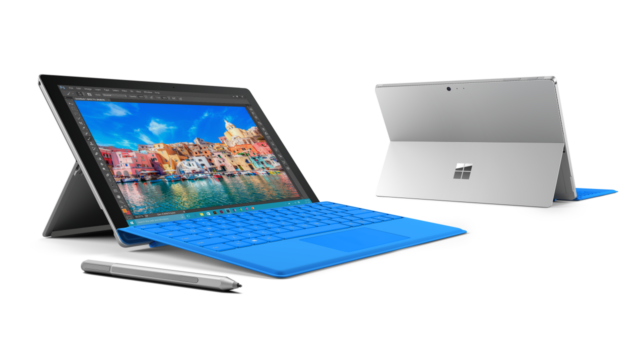 Microsoft has officially launched Surface Pro 4 in India with a starting price of Rs. 89,990. Microsoft Surface Pro 4 pre-order begins today, and the company will start shipping the product by January 14.

Microsoft Surface Pro 4 will be available exclusively on Amazon as well as authorized device sellers in Delhi, Mumbai, and Bangalore. As a part of the Amazon partnership, customers will also have a chance for a door-step demo.

Surface Pro 4 will be shipped with the Surface Pen which according to the company packs a lot of impressive innovation.

In November 2015, Satya Nadella, Microsoft CEO, had announced that the company will launch Surface Pro 4 in India in January 2016 after getting the required regulatory approvals.

Microsoft Surface Pro 4 is powered by 6th-generation Intel Core i5 and i7 processors. The Core i5 model is available in 4GB RAM with 128GB storage. The 256GB storage variant of the tablet comes with 8GB RAM.

Microsoft has also released Core i7 variant of the device with 8GB RAM and 256GB storage, which will be beneficial for gamers and developers.

The device comes integrated with stereo speakers with Dolby audio to provide an optimum audio experience.

The Surface Pro 4 has the capability to offer up to 9 hours of battery life and runs on Windows 10. Moreover, you will be able to install and work with all the software which you are currently running on the desktop or laptop.

The optional type cover features island-style keys with an integrated fingerprint sensor. The glass trackpad included with the keyboard provides support for multi-fingered gestures in Windows 10.

Microsoft also released several accessories including a black type cover keyboard, compatible with both Surface 3 and 4, for Rs. 12,490.