Microsoft just announced Skype Lite, a lightweight version of the original Skype app specially designed to work on 2G networks or in areas where Internet connectivity isn’t as strong. Also, the new app is designed to run on old or low-end Android devices without consuming too much memory or processing power.

For now, Skype Lite is only available on Android, and one of its primary features is support for older versions of the OS. Microsoft said the app is compatible with phones running Android 4.0.3 or Android Ice Cream Sandwich.

“Skype Lite is the new Skype built for India that meets your daily communication needs with your friends, family, and groups. It is small, fast, and capable. It is built with the latest Skype technology to perform well – even under limited network connections – and help you save money,” Microsoft explains.

The software giant further notes that Skype Lite is specially created for countries like India and other similar markets. Microsoft explains that Skype Lite reduces data usage when making Skype calls, and also shows data traffic within the app at all times. 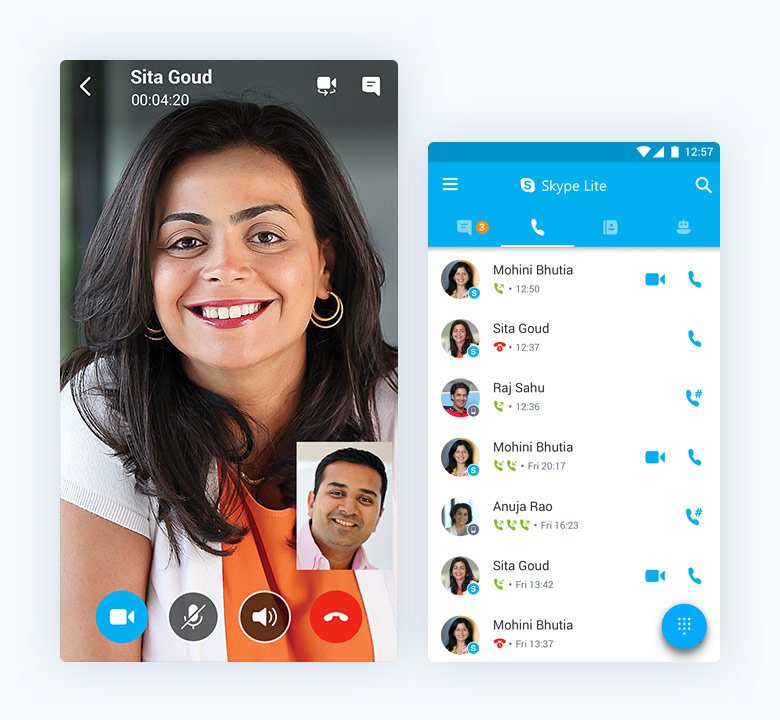 Despite being a toned-down version of the original Skype VoIP client, Skype Lite still offers all the key features such as chat support via SMS or the app itself, ability to make free voice and video calls with any Skype user, along with support for sharing photos, emoticons, and even bots.

“One app for all your Skype chats and SMS messages – you can even separate promotional SMS messages from the messages that matter most. Explore the world of Skype bots designed especially for India. Skype Lite is also available in Bengali, Gujarati, Hindi, Marathi, Tamil, Telugu and Urdu,” further adds Microsoft.

Microsoft is yet to make any official announcement as to the app’s availability in regions apart from India. However, it’s unlikely that the app won’t make its way to other regions as well. For now, interested users can give it a shot by downloading Skype Lite for Android using the APK mirror.