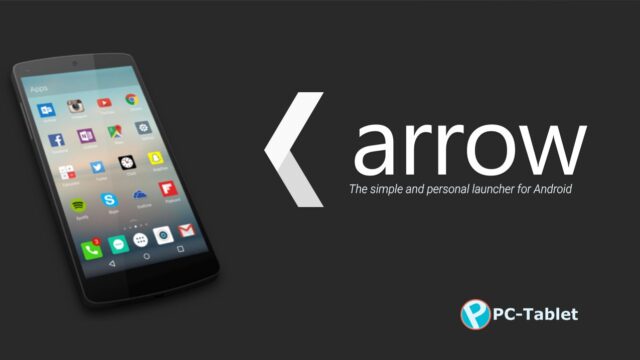 Android customizations are very common and can be done in various ways. But, the most common way of customization is through an Android Launcher. Earlier this year, Arrow Launcher emerged in this fray of Android Launchers, which was made available as a beta version this summer through a Google+ Group that includes software developers and testers. It is now live for free download at the Google Play Store.

Microsoft’s foray in the Android customizations may surprise some people, but it is the reflection of the company’s latest policy to embrace cross-platform development.

The company no longer aims at locking everyone with its own software and services. This type of a cross-platform release was seen earlier when Microsoft launched the Office application for its rival platforms i.e. iOS and Android.

The whole aim of the development of Arrow Launcher is, however, to improve your accessibility to the things like frequently used apps, recently contacted contacts and actions like taking notes, sending messages and much more.

Arrow launcher has a bit of an iOS 9 feel to it. Though it is far from a complete clone, some things like swiping up to access quick settings are a bit reminiscent of what we are used to seeing in the iOS’s Control Center.

Some other things like the search bar have also got quite similar functionality as the Spotlight Search.

All other basic functionalities of this launcher are quite similar to the things that you see in other launchers. Functionalities, like adding a home screen, customizing widgets, applying icon packs, are easily accessible.

The notable addition that Microsoft has made till now that is different from these general things is the addition of Bing Wallpapers.

The Arrow Launcher is made available in English and Chinese languages at the Google Play store.

The Arrow Launcher is not the first app developed by Microsoft to emerge on Android. Some other apps like Android Lock Screen called Next and an Android Wear Search Assistant named Torque were also developed earlier.

The things that remain to be seen is whether Microsoft will be able to gain the much-needed traction with this launcher or not. If it gets the much-needed hype, the launcher will surely serve as a good platform for Microsoft to launch and suggest other applications like Office, Outlook, and Bing to the end users.