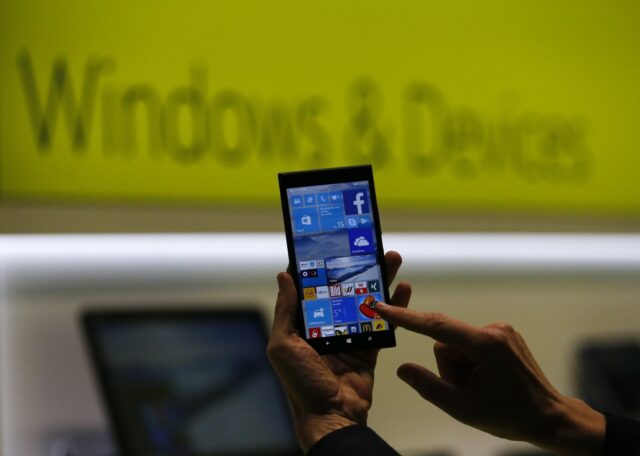 According to some fresh reports, Microsoft will release Lumia 950 and 950 XL Windows 10 Phones later this year. The release could happen sometime in late October or early November 2015.

The handsets in question are the Lumia 950 and Lumia 950XL, which are being developed by Microsoft and have been named Talkman and Cityman, respectively.

We have seen the technical preview version of the Windows 10 Mobile OS, but Lumia 950 and Lumia 950 XL flagships will become the first devices that will be based on the Window 10 Mobile platform.

Whereas, the Microsoft Lumia 950 XL code named Cityman comes with a 5.7-inch screen with QHD (1440x2560p) resolution. The device runs on 64 bit Octa-core Snapdragon 810 processor. It has 3GB RAM and is powered by a 3,000mAh battery. It also boasts an iris scanner purportedly for Windows Hello.

The device is equipped with a 20MP PureView rear camera supported with triple LED flash. The device looks classy with 1mm silver ring inside the circumference of the camera pod and aluminum side buttons. The device is compatible for Qi wireless charging.

Both the devices will have 32 GB internal storage, microSD card slot, USB Type-C connector and also has a full metal body.

Microsoft is going to host an event at the IFA tech trade show in Berlin where it is expected to unveil some Window 10 devices and the flagship Lumia. Microsoft could announce the Lumia 950 and Lumia 950 XL at the event and release it in October or November during the festive season.