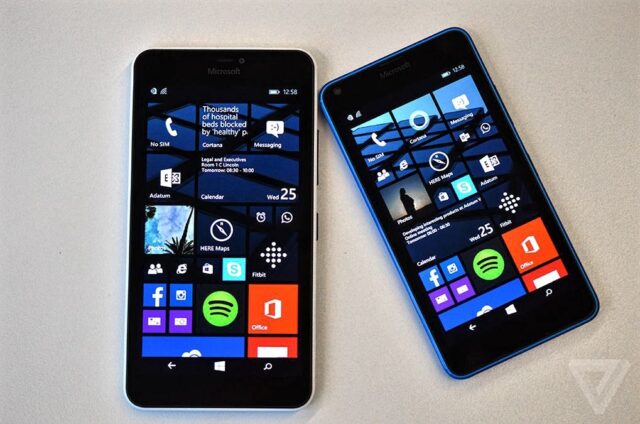 The Redmond-based tech giant – Microsoft is all set to launch its dual-SIM budget smartphones range in India. The Microsoft Lumia 640 RM-1077 and Microsoft Lumia 640 XL RM-1067 will hit shelves in Indian market on April this year with the price tags of Rs. 4,683 and Rs. 6,710 respectively.

Both the Windows Phones have been marked on import data website Zauba, which is signifying that huge consignments of the products have reached Mumbai in recent times.

As for release date of Lumia 640 and Lumia 640 XL, there’s no any official word on that till date. But, according to the reports from sources, they should be introduced in the country early in April.

The dual-SIM Microsoft Lumia 640 and 640XL smartphones was first unveiled at the Mobile World Congress (MWC) 2015 held in Barcelona. These smartphones are most expected to flourish in India more than anywhere else. This is possibly why the Redmond-based giant isn’t killing any time in getting them into the country.

Microsoft Lumia 640 and Lumia 640XL will be available in several colors. Both the budget smartphones are expected to be launched in India soon.