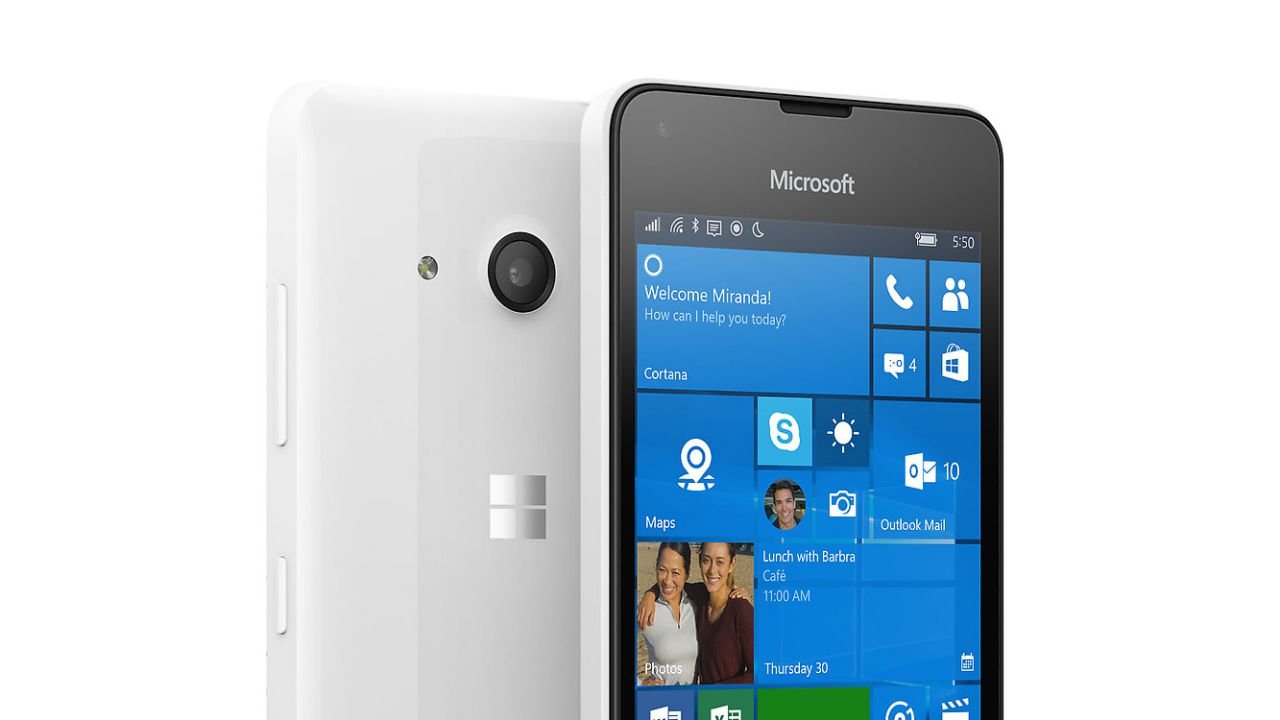 Microsoft India has added a new member to its Windows 10 powered smartphone portfolio with the launch of Microsoft Lumia 550 in the market. Priced at Rs. 9,399, the Windows 10 Mobile, Lumia 550 will be available to buy starting December 23, 2015.

Equipped with a 4.7-inch HD LCD display with screen resolution of 720 x 1280 pixels at 315 PPI, the Microsoft Lumia 550 is powered by a powerful Qualcomm MSM8909 Snapdragon 210 chipset, Cortex-A7 Quad-core 1.1 GHz processor paired with 1GB of RAM and Adreno 304 GPU for graphics with support for 4G LTE.

We verified the specifications on the official product page but unable to find reference to IPS display. It is disappointing to note that Microsoft Lumia 550 will ship with an LCD display. However, the display claims to offer enhanced outdoor readability, wide viewing angle and an automatic brightness control.

The smartphone includes 8GB of internal storage but can be expanded up to 200GB using MicroSD card.

Coming to photography side, Microsoft Lumia 550 sports a 5MP primary camera with support for autofocus, f/2.4 aperture and LED flash support. The phone is capable of capturing 720p videos at 30fps. The secondary camera is capable of shooting pictures in 2MP.

From our point of view, the camera side of Lumia 550 has nothing special to offer and the specs sounds similar to other low-end Android phones.

Microsoft Lumia 550 is capable of providing 14 hours of Talktime on 3G thanks to 2,100 mAh Li-ion battery, but the smartphone doesn’t provide support for fast charging technology that is found in the latest smartphones. The phone also includes a useful Battery Saver Mode, which enhances the life of the battery.

The Lumia 550 have a Nano SIM card slot and includes the latest version of Office apps, which is optimized for mobile use.

Microsoft provides free 15GB OneDrive storage with every purchase of Lumia 550. The device is will be available in Matte Black and Glossy White variants.

You need not expect anything special on Lumia 550 since the specifications are more or less equal to what we saw in previous budget Lumia handsets. Microsoft should add more features such as an enhanced camera with 8MP and reduce the price to stay in the competitive smartphone market.

Microsoft has stated that back cover of Lumia 550 can be exchanged. However, there is no mention regarding the availability of covers.