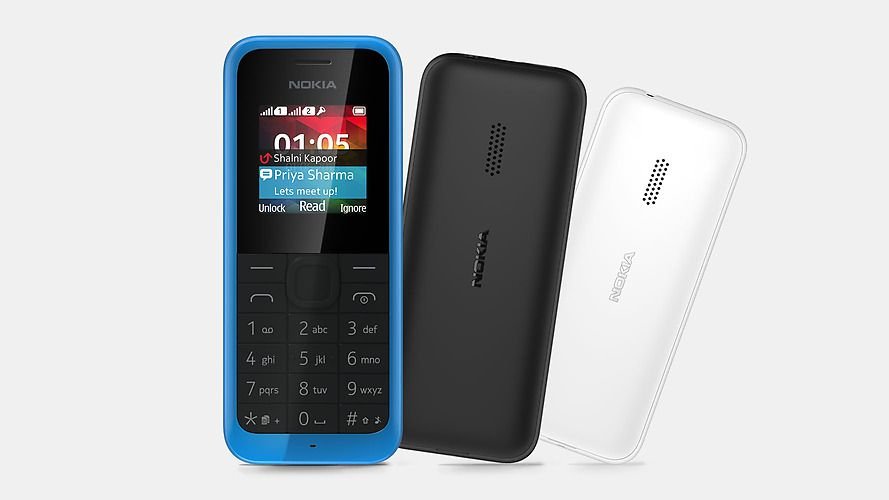 Microsoft calls it as ‘most affordable phone’ designed especially for the first time cellphone buyers, who will be pleased to get all the features like games, internet, etc. at such a pocket-pleasing rate.

One of the company’s spokesperson, reportedly, claimed that this phone can be seen as an enhanced version of Nokia 105’s single SIM variant that has already occupied space in more than 80 million of pockets as of now.

Interesting this revamped version has been blessed with quite an attractive body. It is taller and slimmer than its predecessor and with much more voice intensity and clarity.

With over 30 features as well as the software included in the phone, Nokia 105 Dual SIM features LCD screen of 1.45” with 128x128p resolution. The handset runs on Series 30+ up and comes with an alphanumeric keyboard.

Plus, the phone is powered by a robust and quite long lasting replaceable battery of 800mAh, which company touts to deliver 15 hrs of talk time and 35 days of Standby time.

Nokia 105 Dual SIM, capable of storing as many as 2,000 contacts, has also got all the features to captivate users’ interest like two free games (Bubble Bash 2, Snake Xenzia), FM, Torch, etc. 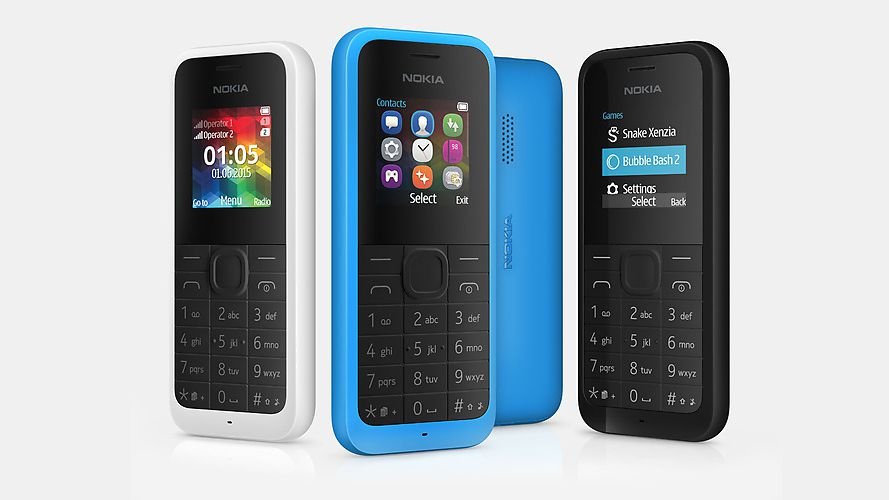 Ravi Kunwar, Microsoft Mobiles’ Sales Director, proudly announced that they have been successful in connecting people to the wonderful world so far, and with the launch of this affordable Nokia 105 they have made yet another attempt to allow new phone users too to enjoy this connectivity at economical prices.

Although, users will be missing rear camera in this phone, we expect Microsoft to come soon up with much more advancements in another venture.

Nokia 105 Dual SIM: All You Need To Know

Priced at Rs. 1,499, the Nokia 105 Dual SIM is available for purchase in three different color option i.e. Cyan, Black, and White via online portals and official Microsoft Stores across the country.