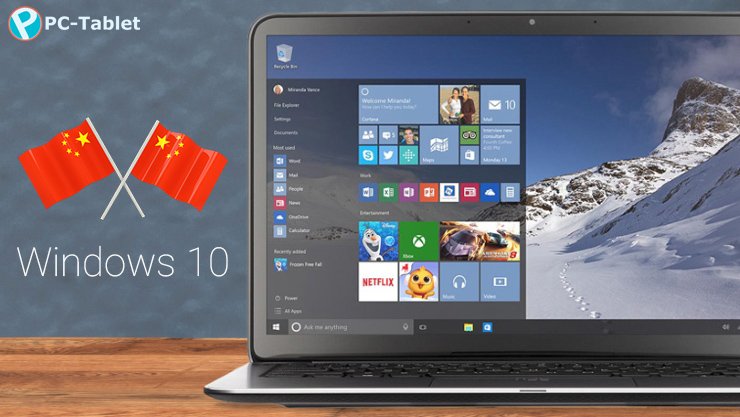 Microsoft has announced that a customized version of Windows 10 will be released as per the requirements of Government of China. The version is also expected to include antivirus software selected by the Chinese Government.

In order to design, develop and deploy Windows 10 in China, Microsoft will establish C&M Information Technologies, a joint venture with China Electronics Technology Group. This group is a state-owned enterprise currently providing IT hardware and software support to the country’s military.

In September 2015, Microsoft had worked with CETG to integrate Baidu, China’s top search engine as the default homepage in Microsoft’s Edge browser in China.

According to estimates, the majority of PCs running Windows in China are pirated. Microsoft is also planning to work in association with Chinese regulatory bodies to crack down on software piracy.

China wants to make sure that Windows 10 doesn’t compromise state security. Hence, they are working with Microsoft to develop a customized version that suits their requirements.

If the partnership with Microsoft succeeds, Windows 10 would be deployed in key infrastructure areas such as energy, telecommunications, and transportation. However, the venture requires clearance from various Chinese regulators since Windows 10 is currently not allowed to be installed on government computers.

China is keen to incorporate Windows 10 into the various government departments since it is capable of improving productivity and solving business problems.

The success of the joint venture will be crucial for Microsoft because of the ban imposed by the Chinese Government on Windows 8 in 2014. Moreover, regulators in China conducted an anti-monopoly investigation into the dominance of Windows operating system in the market.

There are reports that Satya Nadella made a presentation before being President as to how US tech firms can tap the rich potential of the vast Chinese market.