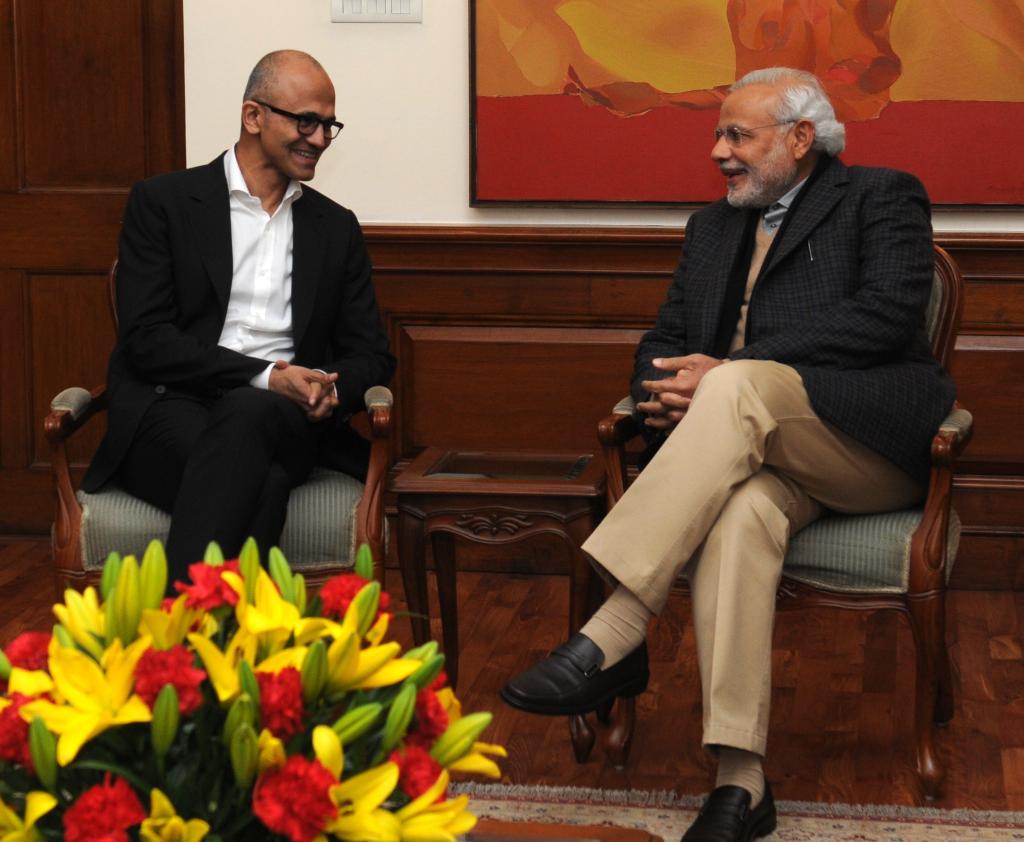 Satya Nadella, who is an India-born himself, reportedly expressed his company’s wishes to invest more in India. After his courtesy visit with PM Narendra Modi, the PM said that Microsoft is a multinational company but “is operating in India for India and Indian businesses.”

“In every meeting, of course, both ‘Digital India’ and ‘Make in India’ are top of mind and for us, top of mind in terms of our contribution to India,” the PM added.

Microsoft CEO in his second visit to India after taking office as the global CEO at Microsoft also met finance minister Arun Jaitley and telecom minister Ravi Shankar Prasad. They discussed various issues including modernization and the security of the government’s digital infrastructure.

Telecom Ministry in a statement later said that the minister shared the Digital India initiative with Microsoft CEO and explained how it designed to bridge the gap between “haves and have-nots.” He also told Satya Nadella of India’s potential in e-commerce business and how connectivity can play a vital role in turning this potential into success.

The statement further added that Microsoft is keen on collaborating with the government in its Digital Media initiative by providing various internet connectivity, especially through the Wi-FI technology. The Redmond-based company is also said to help the Indian government build a secure and government-controlled digital infrastructure in the coming days.