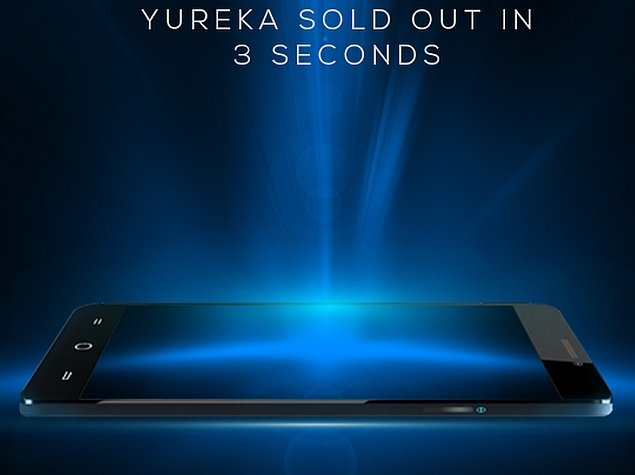 Popular Indian manufacturer Micromax’s Cyanogen-run smartphone Yu Yureka went up for flash sale on Thursday. It was the third flash sale since the phone was launched, and the entire stock ran out in just 3 seconds.

The flash sale took place on Amazon India. According to sources, Micromax had 10,000 units for the third sale. But the phone’s high demand in India was proved by the sale that lasted just 3 seconds.

Micromax subsidiary Yu Televentures already announced the fourth flash sale which will take place on February 2 at 2pm IST. The registration opened on Thursday at 5pm.

Yu Televentures announced that it will now follow a weekly flash sales model with each week’s registration taking place on Thursdays. Users will have to register each time to try their luck at buying the handset. It will also ramp up the availability and the number of units to meet the growing demands.

Micromax Yu Yureka proved to be a hugely successful smartphone in India. Its heavy demand is partly contributed by the Cyanogen Operating System that runs on it. The phone is priced at Rs. 8,999. It comes with 5.5-inch HD IPS display with Gorilla Glass 3 protection.

Micromax Yu Yureka has 16 GB on board storage that can be expanded up to 32 GB with a microSD card. The phone runs on Cyanogen OS 11 based on Android 4.4.4 KitKat. The dual-SIM phone supports Category 4 4G LTE network and has 2500mAh battery capacity.