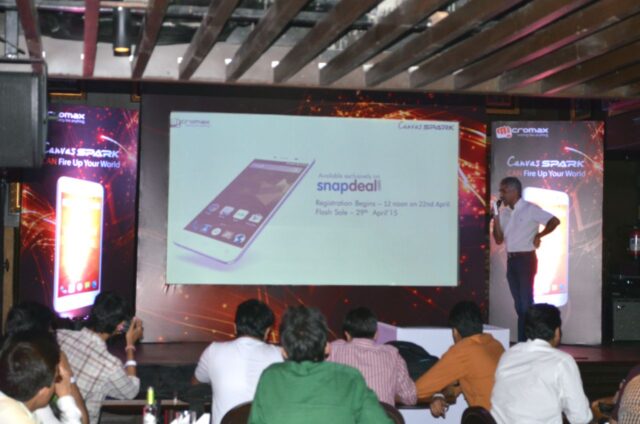 New Delhi – India’s second largest maker of handsets, Micromax is all set to strengthen its market share by adding ‘flash sale’ to its strategy of online retail. The company has introduced this new feature in its online strategy to ensure continuous growth in the wake of stiff upcoming competition from Motorola and Xiaomi.

Micromax experienced an unexpected jump of 54% in its revenue in the last financial year by the end of March 2015. The net revenue generated was around INR 10,000 crore. According to Vineet Taneja, the chief executive of Micromax, his company is to offer exclusive products under different price ranges through online retailers such as Amazon.in, Flipkart and Snapdeal.

He further added that the flash sale will create more buzz about the Micromax products and will also help the company to plan supplies better.

The introduction to flash sale is expected to provide the company supplies department an indication about the amount of stock that is to be required in the coming days.

Micromax has gained an edge over its competitor Samsung in the sub-INR 7000 segment with a share of 21%. It is aiming to emulate the Chinese smartphone giant, Xiaomi that came up for the first time with the idea to introduce its product through a flash sale in India. Xiaomi was highly successful in its attempt which is why Micromax too wants to reap the rewards of flash sale.

The company also plans to emulate another Chinese market holder One Plus by exploring the potential of passes or pre-bookings. This attempt is being made to get a grip on the online market. Apart from selling the products through the existing online portals, the Micromax products will also be available at all its offline stores.

On Tuesday, Micromax launched Canvas Spark, which will be exclusively available only on Snapdeal via flash sales. Priced at INR 4999, this smartphone will be available for sale from April 29 onwards. The company is planning to have similar deals with other online retail portals such as Flipkart and Amazon.