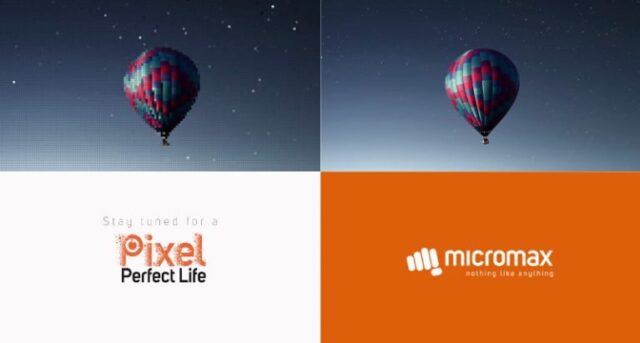 Indian smartphone manufacturer Micromax is on the verge of introducing their next generation Evok series smartphone in India. The handset will be named as Evok Dual Note and comes with much more refined dual camera capabilities. As today company has teased the device with a new teaser video on a Facebook account with a caption “Do you measure your moments in pixels? #EvokDualNote, coming soon.

The video displays a pixelated image of a parachute which gradually becomes clearer as the video proceeds further. The video ends with a tag line “Stay tuned for a Pixel Perfect Life” which indicates that it is a camera oriented smartphone. Nonetheless, the previous gen Evok Note handset launched last year with a price tag of INR 9,499. The handset features a Full HD IPS display, 3GB RAM, 13MP rear shooter, a fingerprint sensor, and a 4000mAh Li-Ion battery.

In this era of cut throat competition in Indian smartphone market, the majority of brands are coming up proactive business strategy which includes better hardware configuration, lowest price offering, and sound marketing campaign. Micromax seems to be lagging behind on these three attributes currently as the rivals like Xiaomi, Oppo, and Vivo offering the great smartphone at a very nominal price. Micromax has to come up with some compelling offering which should include innovative design, good camera modules, and competitive pricing asap or they would drown in the wave different smartphone player who is currently ruling the price sensitive Indian market.