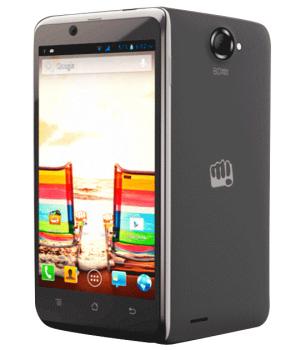 Indian smartphone maker Micromax is really eager on expanding the range of its Canvas smartphone. Micromax seems to be all set to escalate its reach among users. The company has already made its mid-range device Canvas Magnus A117 available for online shopping. The handset is available at internet shopping websites for Rs. 14,999.

As far as features of the handset are concerned, the Canvas Magnus is equipped with an IPS display of 5-inch having a resolution of 720x1280p. The device is fitted with a Quadcore processor of 1.5GHz.

The dual-SIM handset features 1GB RAM and a set of two cameras. The rear camera of the device is of 12MP, and it is equipped with LED flash, whereas the front facing camera is of 2MP.

The connectivity purpose of the camera is fulfilled via features like Bluetooth 4.0, Wi-Fi, GPS/AGPS, and 3G. The device has an in-built storage capacity of 4GB, and this can be further extended to 32GB by the use of microSD card.

In addition, it is also projected that Micromax very soon will launch its first full HD phone Canvas Turbo. The specifications of the device were recently leaked by a website.

As per the leaked information, Canvas Turbo will have Full HD resolution of 1920x1080p in a 5-inch screen. Moreover, the device will have a chipset of Mediatek MT6589T. This chipset will be further powered by 1.5GHz quad-core processor and 357MHz GPU. In addition, the device features 32GB internal storage, 64GB microSD card support, and 1GB RAM.

In other turn of events, Micromax hired Hugh Jackman, the popular Hollywood star as its brand ambassador.