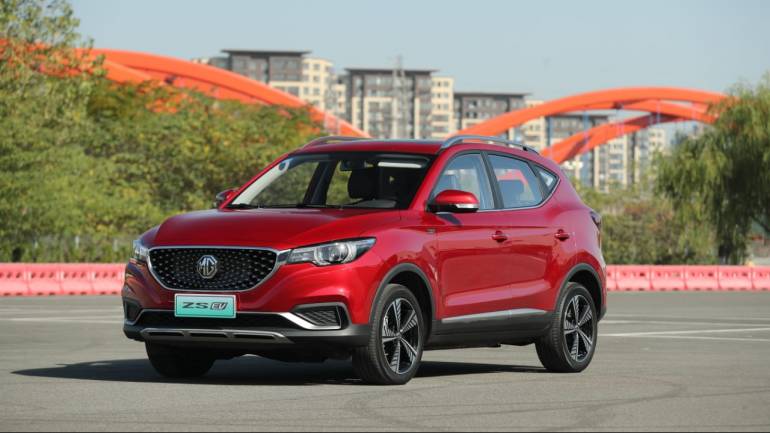 MG Motors announced the launch of its new ZS EV in India. Apart from its electric powertrain, the other unique aspect of the ZS EV is its smart attribute which makes it the country’s first internet SUV.

Powered by iSMART EV 2.0 technology, the new ZS EV comes integrated by a 6-core processor as well as a SIM card to get online. Apart from the SIM card, the EV can also connect to your existing Wi-Fi network or mobile hotspots.

Making good use of its internet capabilities, the ZS EV is able to receive over-the-air updates as well as cloud computing capabilities thanks to Microsoft Azure. The all-electric car also enjoys support from a few other apps such as Gaana for entertainment on the go while Accuweather will keep you informed of the latest weather pattern in your region.

You also get mapping support from TomTom which will provide you location details of the nearest charging station as well. The new Version 2.0 of the in-built software featuring an enhanced user interface as well as improved hardware as well.

Coming to its core automotive capabilities, the new ZS EV comes equipped with a 44.5 kWh, liquid-cooled Nickel Manganese Cobalt battery which the company claimed is good for a 340 kms driving range on a full charge. The electric motors deliver 143 PS of power along with 353 Nm of torque which can propel the car to reach three figure speed mark from rest in just 8.5 seconds. The company also said the car will incur running costs of less than INR 1 per kms thanks to the electric powertrain.

MG is claiming a charging time of 6 – 8 hours to attain full charge using AC fast chargers. The ZS can also attain 80 percent charge using Super-Fast DC chargers of 50 kW rating in just about 50 mins. The company stated they are setting up DC Super-Fast charging network at strategic locations in select cities and towns.

The car comes bundled with an AC fast charging cable to recharge anywhere at home or office. MG stated the new ZS EV will initially be rolled out in Ahmedabad, Bengaluru, Delhi-NCR, Hyderabad and Mumbai before it is made available across India. MG has also tied up with Delhi-based eChargeBays to install AC fast charging points at home and offices free of charge.

MG also announced the launch of its new eShield program during launch which essentially provides users with 5-year manufacturer warranty for unlimited kilometres on the car and 8 years/150k km warranty on the battery provided that they be privately registered buyers. Such buyers also qualify for 24 X 7 roadside assistance for 5-years along with 5 services with the labour charged waived off.

That apart, MG also has an alliance going with CarDekho whereby buyers have the option to pay a fixed upfront cost to CarDekho in return for the latter guaranteeing to pay up to 50 percent of the car’s initial price after three years as resale value. This, MG hopes will make help raise user confidence in the electric car. As it is, the ZS already seems to be a hit given the over 2800 bookings it received in just about 27 days.

As for its price, the ZS EV is available in two trim levels – ZS EV Excite priced at INR 20.88 lakh ZS EV Exclusive that is priced INR 23.58 lakh. Those who pre-books the SUV before midnight of 17th Jan are eligible of a special price of INR 19.88 lakh and INR 22.58 lakh as a one-time inaugural offer.