Recently, the popular German car manufacturer, Mercedes-Benz has launched the company’s first electric car, a rather troubling aspect for their competitor, Tesla Motors.

Many of you know this already but for those who do not, Mercedes is one of the biggest luxury car manufacturers and by releasing its first electric model, the company is trying to dominate that market too. The company that was founded ninety-two years ago has a large background in making high-quality vehicles. Nowadays, they manufacture buses, lavish cars, coaches, and large trucks.

The car company has revealed its electric car, the EQC, as the first in a long line of EVs that will be launched on the market until 2022. The revealing of their car is going against Elon Musk’s Tesla, an American company founded fifteen years ago that makes electric cars.

Let’s go and check some of the features of this beautifully-designed vehicle! 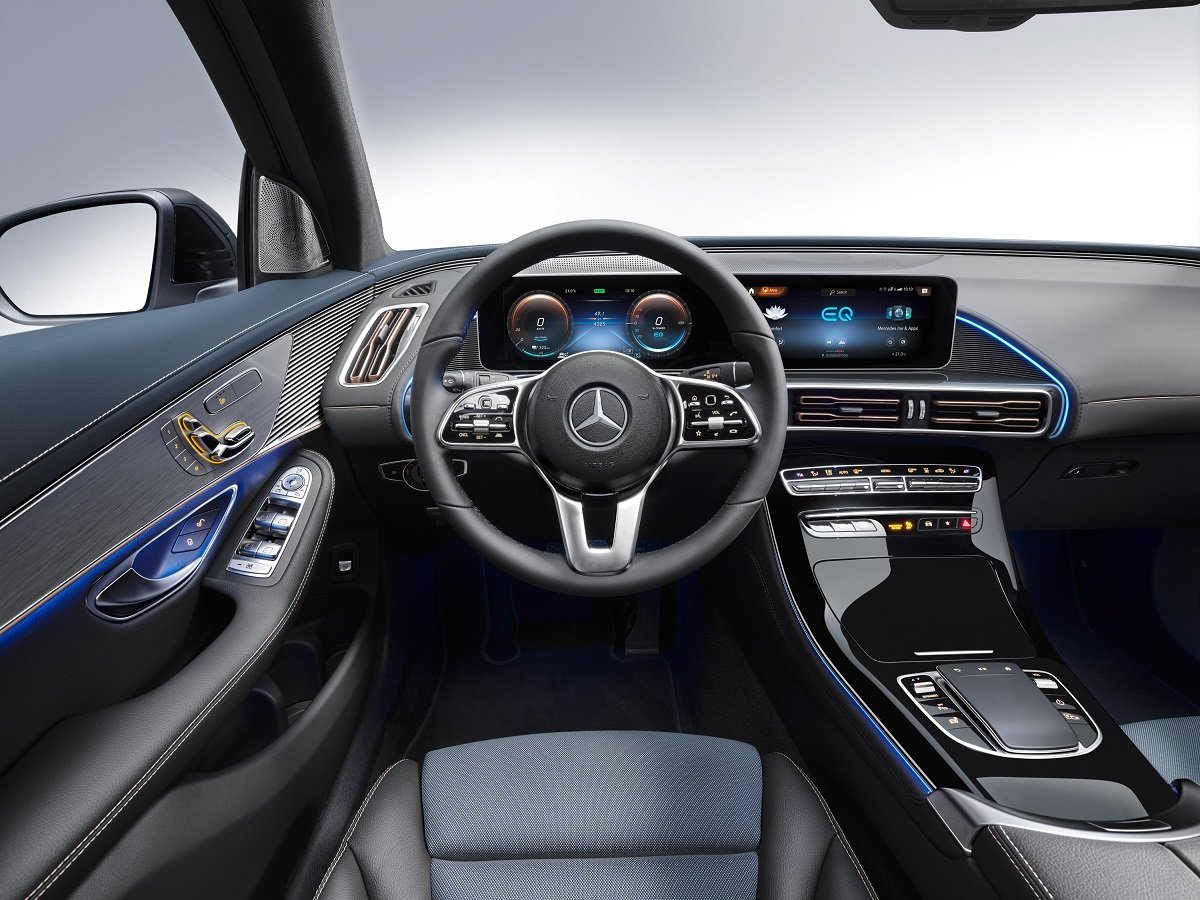 The German car company has integrated their new feature, the cockpit format, to this model, a feature that fades compared to the two monitors boasting along the dashboard.

Featuring the MBUX, or user experience, this car joggles with artificial intelligence by learning its driver’s likes and dislikes, as well as his/her habits.

The user experience also features better displays, great speech-recognition proprieties, and incredible learning abilities. If you listen to Beyonce at the same time, every day, the artificial intelligence will make a pop-up suggestion with the usual songs you listen to, at the same time of the next day, for example.

Its interior is reminding everyone of the emblematic C-Class, an interesting aspect that its competitors cannot achieve. If you watch closely, you notice that it has taken a bit of inspiration from the other electronics, as its door panels look like the cooling fins of a hi-fi amplifier. 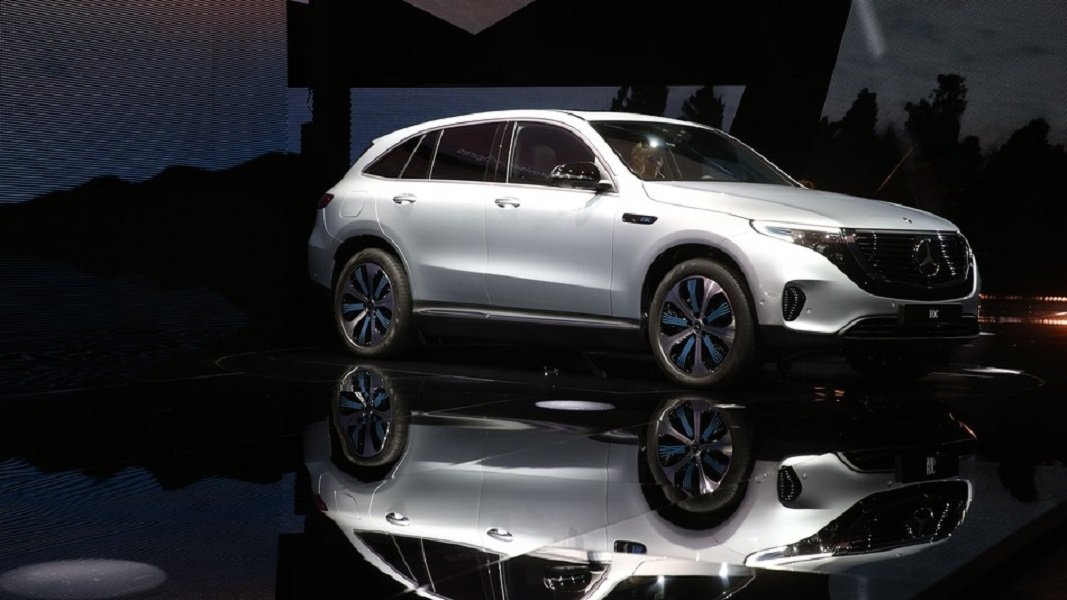 Mercedes’ vehicle runs on the same principle as its main competitors and boasts an electric motor that powers each axle. Unlike the other electric cars, EQC features two electric motors, which create a combined power of 300kW and 765Nm.

They installed the second motor just to reduce the power consumption and optimize it for productivity in the low/medium load range. This car has a big black-panel surface, with a LED light strip that links the headlights, instead of that classy grille, like all the others have.

The concept car is as big as the famous GLC SUV, and can reach 100km per hour in just 5.1 seconds. Compared to its main competitor, Tesla, which has a range of 237, Mercedes’ vehicle boasts a lot more power. With its sporty curves, a unique rear light, and higher-riding proportions, the car is powered by an 80-watt battery.

With the launch programmed in Stockholm, the Germans will take over Tesla’s market share in 2020 with their combined market share of 12 percent, before expanding to almost 20 percent in the next three years.

The EQC is just one of ten of these cars, which are programmed to start production by 2022.

If you decided to buy it, take it home, go to a service shop and put it on a car lift, because you have to check those unique features the like chassis, step bumper and more.

This electric car will have a price tag similar to its brother, the GLC, set at around $100,000 dollars, and it is expected to arrive to its customers in a couple of years. During the same period, Tesla is making moves to launch an affordable option of its Model X, around the same time Mercedes will launch theirs.

The company is supposed to have invested more than $12 billion dollars, which is more than previously expected, on the green-car market.

While companies like Porsche, Audi, and Jaguar are thriving on the electric car market, Tesla looks like it is struggling to keep afloat, while for many years it kept on top as the most successful on the market.

The luxury car manufacturer is planning to make its electric model in its factory in Bremen, and not open a new one just to make these cars. There, the automaker produces the C-Class sedan. To make it more profitable and fit for you, they are planning on spending around $1, 5 billion dollars on battery production.

Many people consider Mercedes’ decision to make an electric car a smart one because countries like the UK and France are planning to ban the combustion engines in the future. By entering in the electric cars market, the company has managed to get beyond that concern.

Nowadays many more drivers are switching from their cars to the electric ones, than they were before the first Tesla appeared because they are afraid of the upcoming regulations that are making their diesel cars much more expensive than the electric cars, which are cheaper options.

There’s the concern for the environment to take into consideration as well, more and more people realizing the impact that their driving habits have on Mother Nature and the quality of the air they breathe. Electric cars provide a means to lessen air pollution and provide a safer world for all of us to live in, their appeal growing exponentially as a result.

The company even had a problem with the diesel-fueled vehicles and had to recall them from Britain.

After all, it seems like Mercedes has launched its “green-car” right on time, and even if their CEO says he believes there will be more drivers using the electric cars by 2025, it was the right move for them to make.